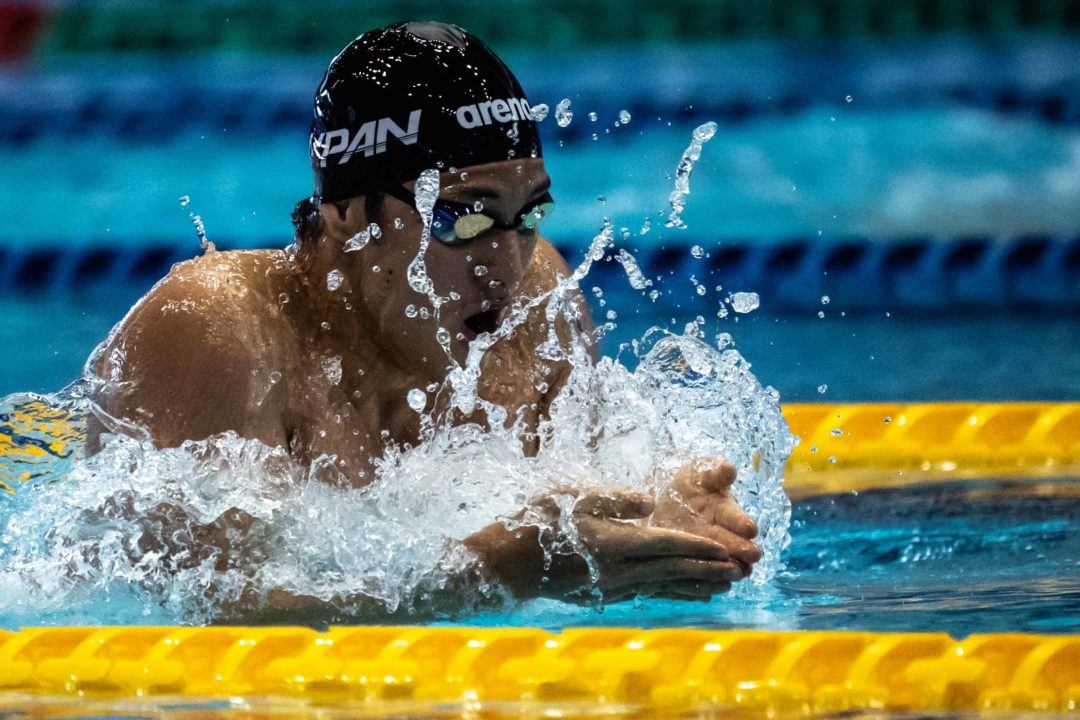 The Olympic bronze medalist had already claimed Japan’s sole individual gold medal here, having taken the men’s 200m IM in a lifetime best of 1:56.14 on Thursday. Earning gold gave Seto an automatic qualification for the Tokyo 2020 Olympic Games and the man was determined to make it 2-for-2 tonight.

Heading into the men’s 400m IM final with a time of 4:12.27 and about a second advantage over the rest of the field, the ANA swimmer turned it on for the final to produce the only sub-4:09 time of 4:08.95. However, American Jay Litherland gave him a run for his money toward the end, touching just .27 later for silver.

Seto has been as fast as 4:07.95 already this year, so his outing was a second off of that mark, but enough to make Japanese swimming history.

Kalisz finished with the bronze behind Seto and Swiss swimmer Jeremy Desplances in the 200m IM, but missed the final in this longer event, finishing 10th out of the heats.

Japan finished 14th in the overall swimming medal table back in 2017 and moved up 6 spots to claim 8th overall here in Gwangju.

Seto’s performances, as well as tonight’s silver medal swim by Yui Ohashi in the women’s edition fo the 400m IM, help ease the sting of the nation missing 2 of its most dominant swimmers in the past years in Rikako Ikee and Kosuke Hagino. Ikee is battling leukemia, while Hagino is just getting back in the water after tending to his mental and physical health.