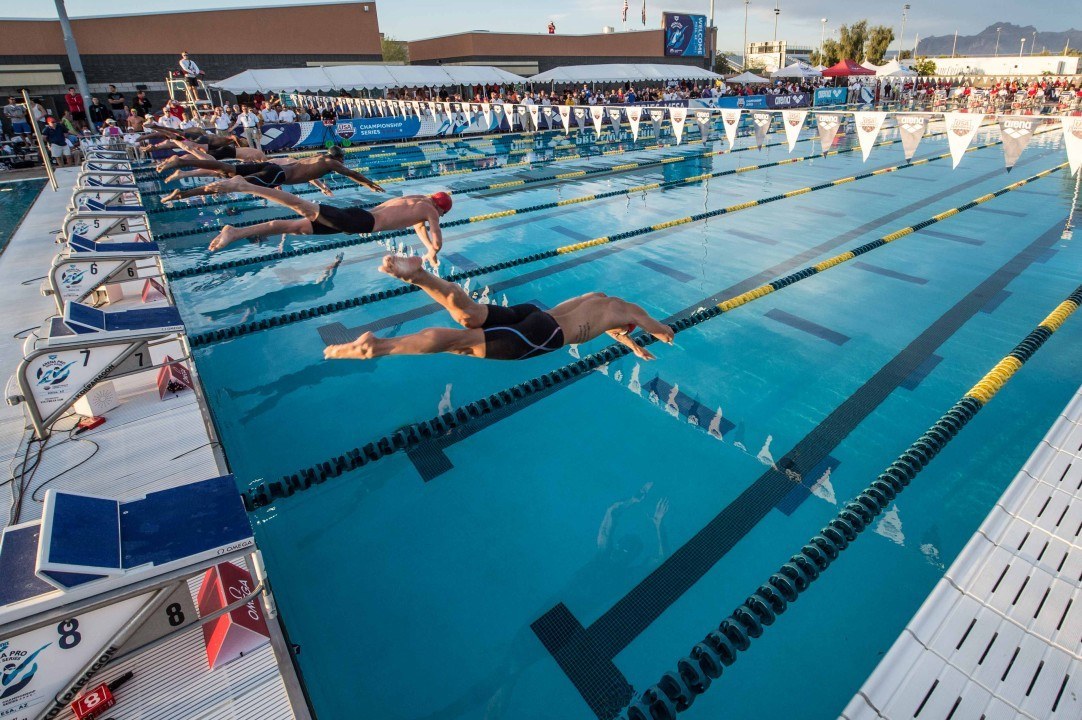 David Curtiss hit his first-ever sub-22 second 50m freestyle at just 17 years of age, becoming just the 3rd American in his age group ever to do so. Stock photo via Mike Lewis/Ola Vista Photography

17-year-old David Curtiss of the United States busted out the swim of his life tonight in Budapest, producing the first sub-22 second 50m freestyle of his young career. Entering these World Junior Championships, the Hamilton Y Aquatics star held a personal best of 22.25 in this sprint event, a time he put up just weeks ago at the U.S. Summer Nationals.

This morning in the heats here at Duna Arena, Curtiss claimed the top seed in a new PB of 22.16, inching closer to the 22-second barrier. The next closest prelims swimmer was Ukraine’s Vladyslav Bukhov, who hit the wall in 22.29.

Also of note is the fact that Curtiss has now raced his way onto the USA National Team with his 21.95 evening swim. His time bumps Robert Howard and Bowe Becker off the list, as the pair were tied in the 6th slot with a time of 22.00.

Curtiss still has the final yet to go to drop potentially even more time and take a spot on the 50m free podium.

Anyone have a video link?

You got that right!

https://m.youtube.com/watch?v=aMZl8gxumNo&t=59s
A little late but here

6
0
Reply
CheddaShredda
Reply to  We Have A Hulk

Wow his turnover is way lower than I expected. Reminds me of Popov level DPS

Go get that meet record in finals…

Why isn’t Caeleb dressel’s time from 2015 count as the Junior World Record?

Because the WJR system is dumb

With FINA rules he turned 19 that calendar year.

Go David! He has always had a phenomenal start and it is so great to see everything coming together for him. Looking forward to the final!

MA has to be worried. 2IM is still a bit of a longshot, Held and Curtiss looking good in the 50, Nathan will be in the mix.

MA is a 21.4 in the 50… That’s an entirely different league than any other US Sprinter that’s not named Caleb Dressel right now.

MAs time is whatever he did at his last meet not some time he did last summer. Thats how his training method works.

Must’ve missed that 21.4 this year

I just want to mention, what are the chances of so many guys going the same exact time? Obviously higher in the 50 but Maxime and Nathan both went 21.87, Becker and Howard both went 22.0, and now Chadwick and Curtiss both go 21.95. 3 pairs of the same exact times. Just me that finds this crazy?