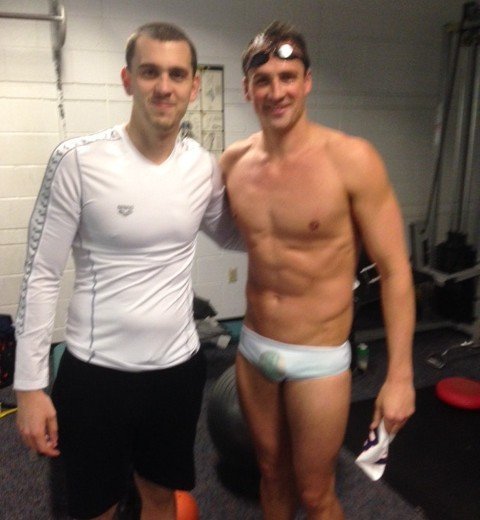 It seems that suddenly, racing in yards has become ‘en vogue’ with Europeans. Yannick Agnel has done a lot of...

It seems that suddenly, racing in yards has become ‘en vogue’ with Europeans. Yannick Agnel has done a lot of it, and now Hungarian Laszlo Cseh will do the same this week at the Charlotte sectional meet.

While he’ll be far from any kind of a rest, it’s still possible that Cseh could take on some U.S. Open Records this week, as he’s a great short course swimmer. He is a former World Record holder in both the 200 IM and 400 IM in short course meters.

To prepare for the meet, Cseh has been training with Italian Kajo Admir specifically in Charlotte.

But Cseh’s quest isn’t specifically about conquering the yards pool; rather he wants to learn more about the way that SwimMAC trains. It is well-known that Hungarian swimming culture is all about high volume, mega-meterage programs that force mental toughness into speed. Cseh is interested in changing that, and wants to use Marsh’s program as one model on how to achieve that.

“Laszlo Cseh  is trying to work to change the culture of swimming in Hungary from a big, big aerobic volume culture to a quality based training culture,” SwimMAC CEO David Marsh said. “His motivation is to retain developing talent in Hungary. Laszlo appears to want to understand the way SwimMAC offers programming at many levels- not just Team Elite.  It’s great to see a guy who’s been know to perform regular 3k fly sets seek ways to keep youngsters engaged with the sport of swimming.”

In the 200 fly, Cseh could take down Ricky Berens’ 2006 Sectional Record as well.

The two stars will only overlap in the 200 free and the 500 free as Lochte still is recovering from knee surgery. Those two have overlapped twice on the Olympic podium, with both medaling in the 200 and 400 IM’s in Beijing in 2008, and again in the 200 IM in London in 2012.

First impressions from deck level…Cseh looked to be badly out of shape in the pool and out. Lochte looked almost fresh and rested even though I know he’s not, splitting 22Mid on last 50 of 200 Free. And again, just my opinion but they must be tweaking Lochte’s free technique a bit. The first 100 looked awkward.

Does anyone have results links to the various sectional meets going on this weekend?

Bobo Gigi has compiled most of them (in coments):
http://swimswam.com/swimswams-weekly-wonders-age-group-swimming-3122014/

Lochte, though. Geez, that is the most ridiculously split(in a good way) 200 free I’ve ever seen: 22.5/25.6/25.5/22.5. Speaks to what a bunch of us have said here; that a guy like him could get under 1:30 if given a chance. This wouldn’t be a terrible time for him to take a rest week and really go before gearing up for summer. I hope that is the case, and we see some epic SCY times in Charlotte this weekend.