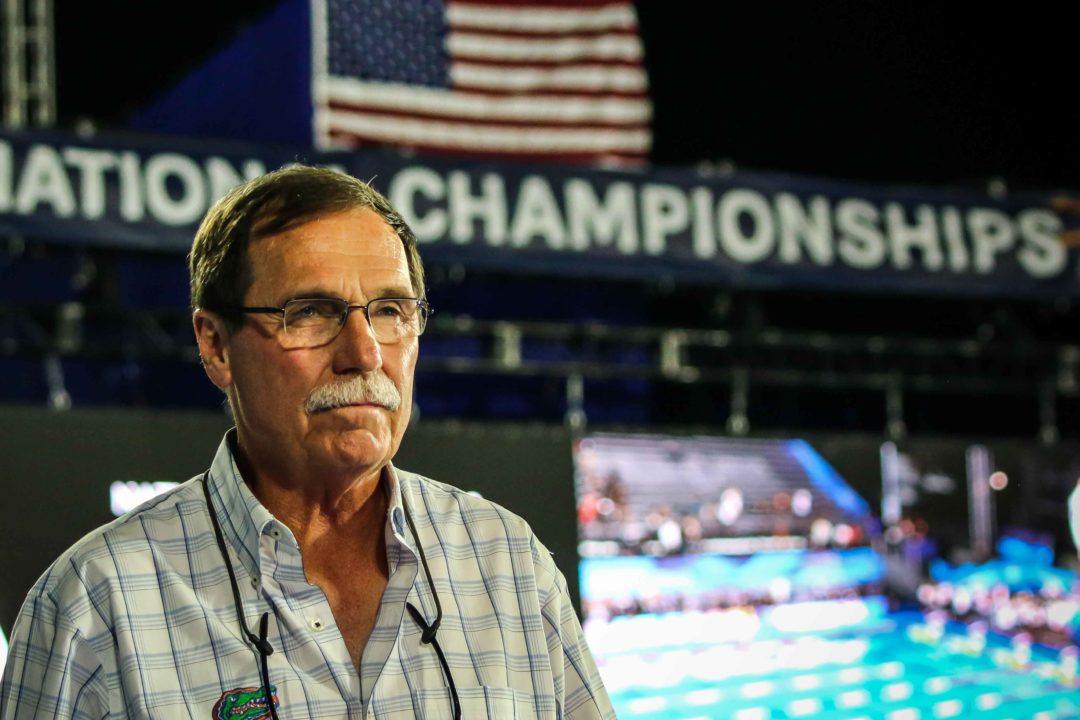 Gregg Troy, Mike Bottom and Teri McKeever are among the current and former college swim coaches to be selected to the CSCAA Centennial Blue Ribbon Panel. Stock photo via Jack Spitser/Spitser Photography

As a part of the College Swimming and Diving Association’s 100th anniversary, the organization is recognizing the sport’s greatest coaches, athletes, and individuals that have impacted the sport in memorable ways. The CSCAA was founded in 1922 and was the first professional development group for coaches.

The categories that the CSCAA will be recognizing are the “100 Greatest Swimmers & Divers”, “Coaching Pioneers and 100 Greatest Coaches,” “100 Alumni of Impact” and a “Centennial MVP Team.”

The CSCAA developed an Executive Committee to determine the blue-ribbon panel that will vote on the nominations for each of the four categories.

The CSCAA Executive Committee (listed with their most recent coaching experience) is:

The Executive Committee elected 58 voters with an additional 14 being expected to join the panel. The panel is made up of current and former coaches from all three NCAA divisions, retired athletes, and significant figures in the swim media. Among the most well-known names selected are:

The CSCAA will start to announce nominees beginning next week. Nominations are still being accepted for “Coaching Pioneers and 100 Greatest Coaches,” “100 Alumni of Impact” and the “Centennial MVP Team.”

Too many Goldie oldies on this committee. Of course except for young and spry Gold Medal Mel.

1, you misspelled Teri McKeevers name
2. What kind of BS is it that GMM gets to vote for himself
3. This include divers?

Let’s be honest, Mel is going to make me do his list for him. I’ll let him make his case for his inclusion…but no promises.

Also, if I’m being totally honest, Mel would never vote for himself. He hates when we report things that include him. He thinks nobody cares. As much as the Gold Medal Mel moniker makes it seem like Mel understands his importance to swimming on every level…He’s actually very humble about his accomplishments, always deflects credit to someone else, and is much more gracious in sharing the accomplishments of others than his own.