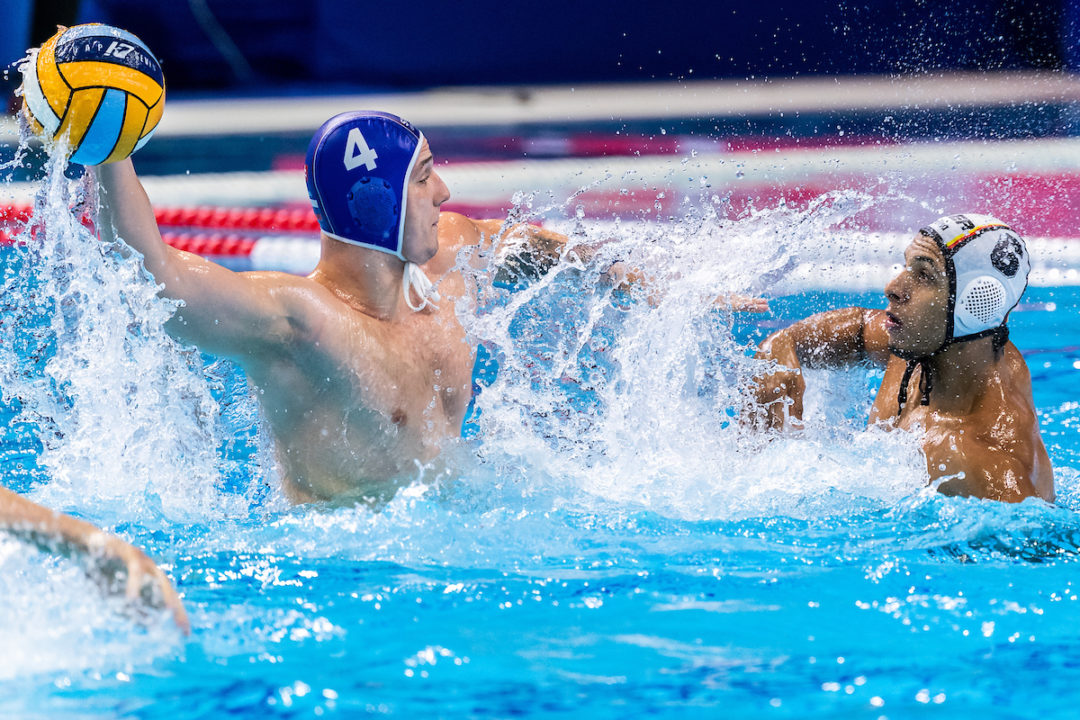 Croatia was the first team to book its spot to the quarters, though they almost blew their win against the Montenegrins. Current photo via Giorgio Scala / Deepbluemedia / Insidefoto

Croatia was the first team to book its spot though they almost blew their win away against the Montenegrins who came back from 10-5 to 10-10 but the Croats netted the winner 72 seconds from time. Serbia and Italy are also on its way to the best eight, while the goal-difference will decide the first place between Hungary and Spain since the two sides played a thrilling 11- 11 tie in front of a sell-out crowd of 5,000 people in the Duna Arena.

The game of Hungary and Spain, in front of a sell-out crowd of 5,000 people, offered everything water polo is loved for: thrilling action, brilliant goals, great saves, tensions, twists and turns. Hungary got a better start and built a 4-2 lead in the first eight minutes. The Spaniards managed to tighten their defence in the second and halved their deficit while in a rare scene field- player Alberto Munarriz – as goalie Dani Lopez was sent out for not taking the requested position – saved a penalty!

The third quarter was simply brilliant, Hungary netted three action goals and at one point they led 8-6 and had the ball after a killed man-up but from wasted pass of the hosts’ goalie the Spanish set up Felipe Perrone who scored another great goal. What’s more, Francisco Fernandez managed to find the back of the net in the very last second for 8-8.

In the fourth Spain took the lead for the first time, and, enjoying some luck while collecting the rebound twice in man-ups, they went ahead twice more (Perrone netted his 4th). At 10-11 they even had a 6 on 5 to close down the game but a terrible pass killed their plans and later Gergo Zalanki finished a counter with 40 seconds remaining. The draw means that the total goal difference will decide the top position, a piece of bad news for Turkey and Malta as they will face the two giants seeking big wins against them in the third round.

The late night show of Croatia and Montenegro offered a different kind of entertainment thanks to a breath-taking comeback from Montenegro.

Though the world and European bronze medallist Croats needed 6:21 minutes to score their first goal, but once they had it they started rolling while the Montenegrins were unable to put away their man-ups, missed a penalty and found themselves 6-2 down shortly before the middle break.

The Croats maintained their lead with ease and sat comfortable in the driving seat at 10-5 with one quarter remaining. Perhaps too comfortable as with 4:19 to go the Montenegrins were already back to 8-10, then, in a span of 26 seconds they broke to even for 10-10 and there was still 2:32 minutes to play. They even had a possession to take the lead but the ball slipped out from the centre-forward’s hand and at the other end Javier Garcia halted his teams scoreless struggle of 8:45 minutes. He put away a man-up 72 seconds from time while Drasko Brugljan’s shot in a 6 on 5 was stopped by Marko Bijac at the other end and that sealed Croatia’s win, which sent them directly to the quarter-finals.

In the other games the third qualifying spots have probably been decided in Group A and C. Although both the Germans, against Slovakia, and Turkey, against Malta, earned a 3-goal win respectively, the difference was much bigger during the games. The Germans took a 4-1 lead and kept their safe lead till the end. It was already 8-5 after three periods, the last one didn’t see any goal only two missed penalties from the Slovaks. At one stage the Turks led 8-1 before the Maltese started climbing back but they could never come really close. Tensions ran high anyway, the referees had to show the red card five times.

In Group B both favourite sides – Russia and Serbia – netted 15 goals while winning with ease against Romania and the Netherlands. Italy kept the game against France under control though the world champs laid back a bit in the fourth period and the French came closer than usual at 9-7 but the Italian win was never in danger. Greece bounced back from the opening day’s defeat against Italy with a fine win over Georgia.