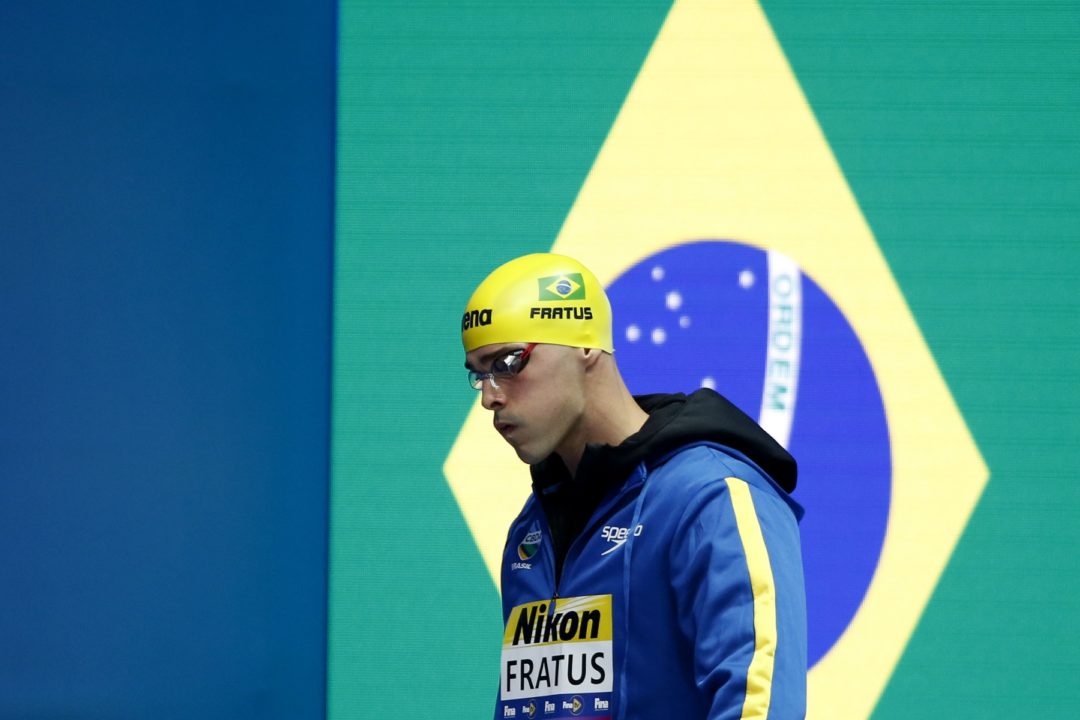 Brazil's CBDA has canceled its calendar across all aquatic sports until July 15 amid an escalation of reported COVID-19 cases in the nation. Stock photo via Satiro Sodre/SS Press

The Brazilian Confederation of Water Sports, Confederaçao Brasileira de Desportos Aquáticos (CBDA), has canceled its calendar across all aquatic sports until July 15. The news comes amid an escalation of COVID-19 cases in the nation.

“We find ourselves facing a great challenge ahead of us in terms of defining the schedule for the various aquatic activities in the short and longer term, amid the lack of clarity in regards to the length of the social isolationperiod. The length of such period has not yet been determined by public authorities.

There are several scenarios and their implications, applicable for federations, as well as for athletes and coaches, clubs, gyms, associations, swimming pools and sports equipment in general.

Taking such information into consideration, we have decided that:

All Brazilian and regional championships (governed by CBDA) across all disciplines are suspended until July 5, and therefore will not be held.

Each local federation will analyze its specific situation in order to determine, as soon as possible, the local calendar, always complying with that stipulated by the state authorities.

As soon as we have a clearer picture of an eventual adjustment in the calendar defined above, we will issue a follow-up statement.

To all our friends in the aquatic community: take care of the health of yourselves and your loved ones, we will be stronger when all this is over.”

In late March, we reported that the CBDA announced the cancellation of the Brazilian Olympic Swimming Trials, which were previously rescheduled from their April start date until late June at the Maria Lenk Water Park in Rio de Janeiro.

Brazil’s aquatics federation was originally resistant to acceptance of the pandemic. They were among the last nations to reschedule their trials, and in mid-March posted a letter from their sports physician downplaying the severity of the outbreak.

Among those fighting to stop the spread of COVID-19 in Brazil is Rio 2016 Olympian Marcos Macedo. The 29-year-old retired swimmer is at the forefront of fighting the epidemic, working 80 hours a week aiding hospitals in the city of Sao Paulo.

While Brazil does not remain “officially” on lockdown, some of its major touristic attractions as can be its populated beaches, have been closed to the general public.

According to the website worldometers.info, the nation has reported 12,632 cases associated with COVID-19 and a total of 588 confirmed deaths.