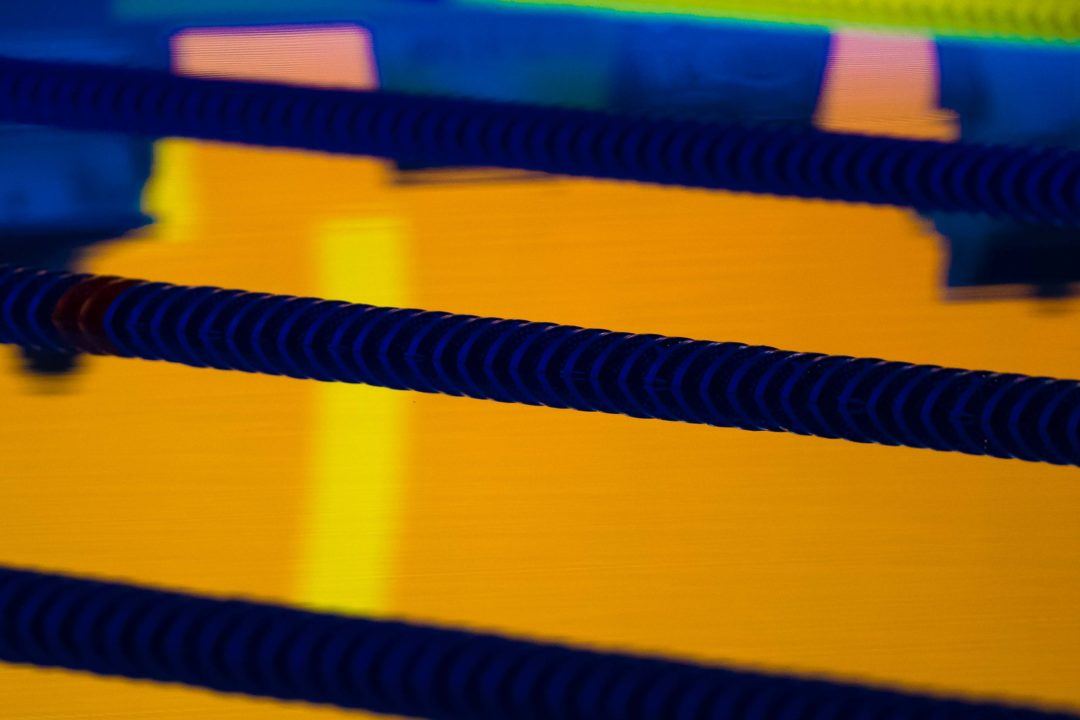 Gulliver Prep's Emily Cordovi secured back-to-back titles in the 100 fly, breaking 54 for the first time in 53.86 to come within half a second of the State Record. Stock photo via Mike Lewis/Ola Vista Photography

The Florida High School Athletic Association class 2A state championships concluded on Saturday night in Stuart, Florida. On the girls’ side, Gulliver Prep ran away with it, successfully defending their title with 317 points. The Jesuit (271) boys dethroned Gulliver Prep (244) in a close battle, winning by 27 points.

One of the most thrilling battles of the meet came in the 200 free, where Ethan Long took on Merritt Island’s Lucas Kravechenko. Thought the halfway point, Kravchenko led 47.6 to 47.9, but Long started to close the gap on the 3rd 50 to pull himself within a tenth of Kravchenko. They were stroke-for-stroke into the wall, but Long had the momentum to get his hand to the wall first, winning in 1:38.92 to Kravchenko’s 1:39.08.

Gulliver Prep’s Emily Cordovi secured back-to-back titles in the 100 fly, breaking 54 for the first time in 53.86 to come within half a second of the State Record. She has another year to go after the record, as she’s a junior this season, but the record is on notice as current record holder Jessica Nava swims at the 1A meet tomorrow. In addition to her 100 fly win, Cordovi took gold in the 100 back in 55.19.

Bayshore’s Ryley Ober recorded a winning double. She got the ball rolling in the 200 free, successfully defending her title with a 1:47.25 to win the race by 3 seconds. That marked her first ever swim under 1:48. She came back for the 100 free, once again finishing body lengths ahead in a personal best 50.39.