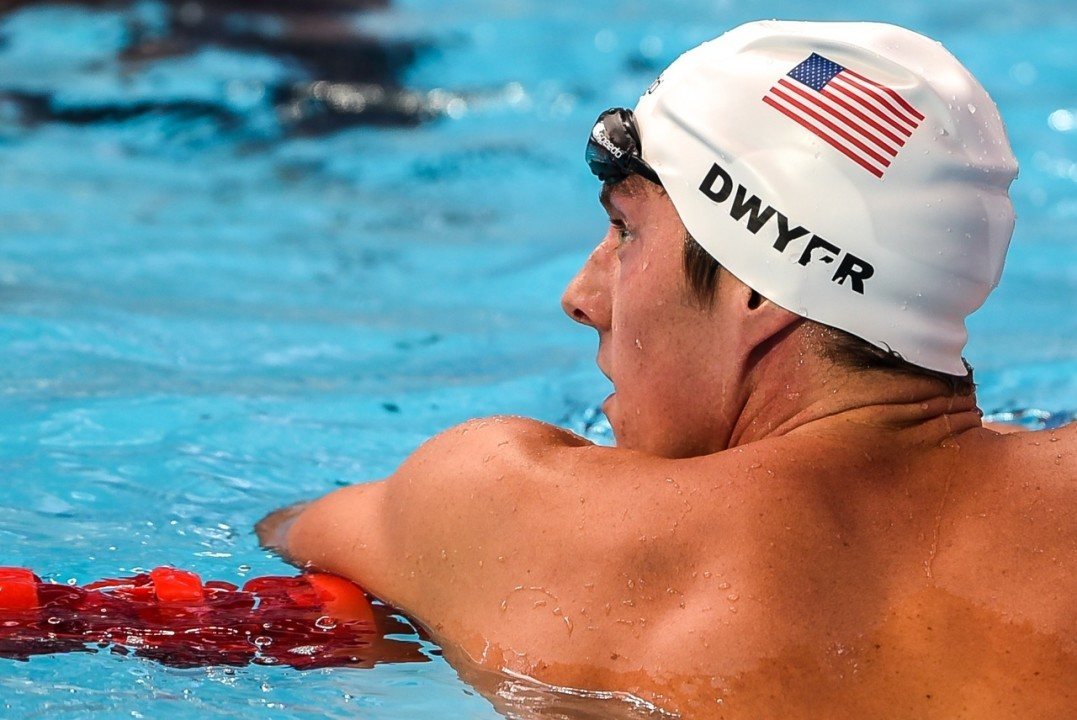 Conor Dwyer and Katie Ledecky have won the 2015-2016 USA Swimming Arena Pro Swim Series overall titles after the run concluded this past weekend with two separate meets in Indianapolis and Santa Clara.

For Dwyer, this is a third-straight title in the series, earning him another $10,000 series championship bonus. A victory in the 400 free and a runner-up finish in the 200 free was enough to secure the title ahead of men’s runner-up Nathan Adrian, who won the 50 free but had just one finals swim over the weekend.

Both meets this weekend were tallied, scored, and awarded prizes separately, and while Ledecky didn’t compete in either meet, she had enough of a cushion over runner-up Maya DiRado in the women’s column to win the title.

Because Ledecky is maintaining her amateurism and will begin her college career at Stanford next year (after deferring that for a season), DiRado is the recipient of the one-year lease on a BMW X-1. Dwyer will receive the same lease for winning the men’s side.

* – Indicates athlete is maintaining amateur status, which limits the amount of prizes they can accept.

I thought Maya was sponsored by BMW already, so I guess her husband gets a new car for a year!