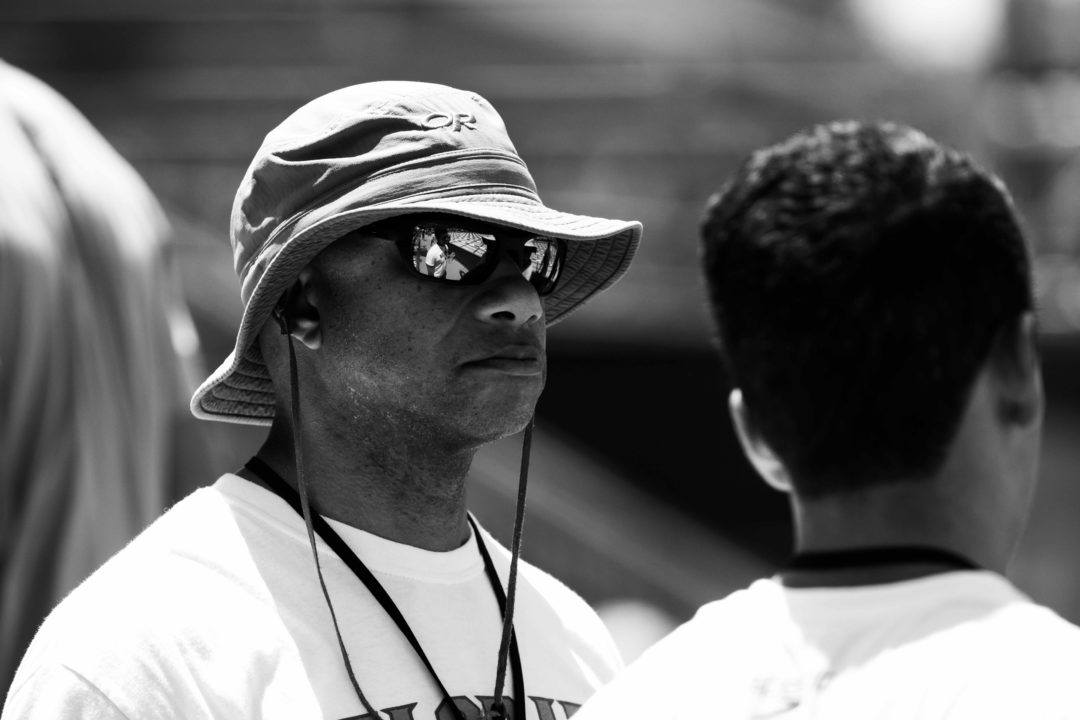 Coach Anthony Nesty's Florida Gators still found a way to win their 7th-straight SEC title. That was thanks in large part to a 375.5-point freshman class, more than double what any other freshman class in the SEC scored. Archive photo via Mike Lewis/Ola Vista Photography

Keeping a team afloat after losing Caeleb Dressel isn’t easy. It’s even harder when you lose Jan Switkowski, Mark Szaranek and the nation’s highest-scoring class. Throw in the loss of underclassman Michael Taylor to surgery, and you’ve got a recipe for disappointment.

But coach Anthony Nesty‘s Florida Gators still found a way to win their 7th-straight SEC title. That was thanks in large part to a 375.5-point freshman class, more than double what any other freshman class in the SEC scored. In fact, the Gator freshman scored more than the next two best freshman classes in the conference (Mizzou, 184 points; Texas A&M, 160 points) combined.

It’s unlikely that Florida can replicate its 5th-place finish from last year. But they are on pace to absolutely obliterate their 16 returning points from a year ago, and perhaps challenge for another top 10 finish. That’s thanks to some impressive rookie-year coaching from Nesty.