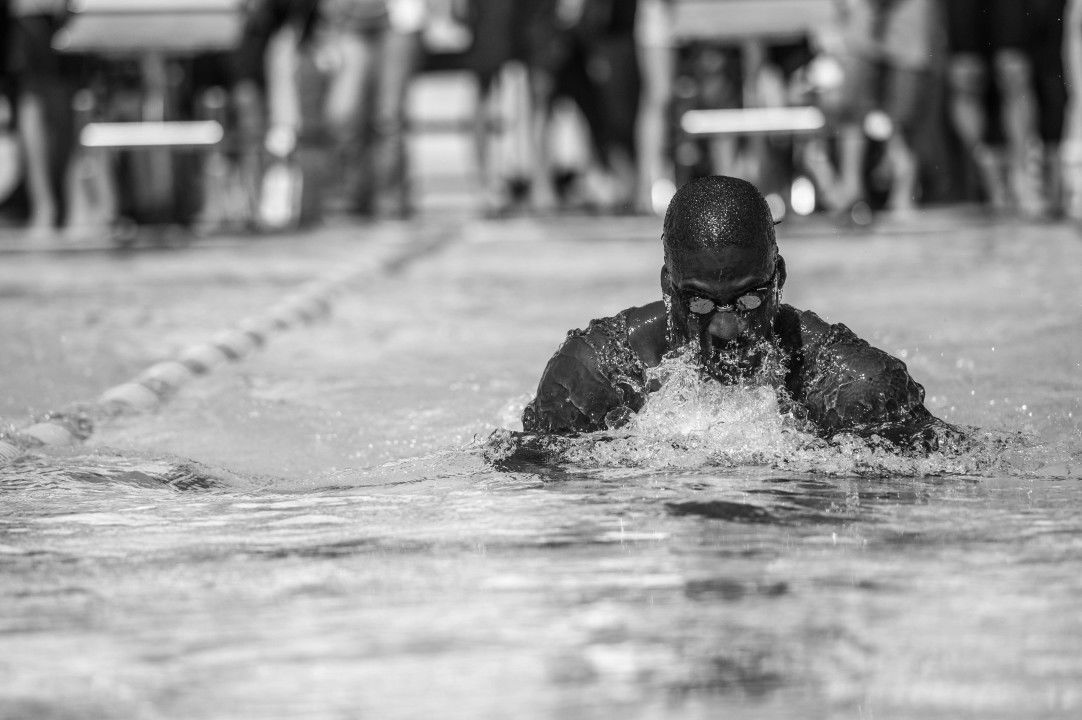 Jeff Commings (above) joined a list of 4 swimmers who have multiple National Records this week in Arizona. Archive photo via Mike Lewis/Ola Vista Photography

That includes a pair by Arizona Masters’ Jeff Commings in the 45-49 age group.

Later in the day, Commings also broke the 50 breaststroke record, swimming 25.66. That beat the old record of 26.05 set in 2017 by Steve West (who, incidentally, is a World Record holder in long course). Commings is now a perfect 4-for-4 in individual events so far at the meet. Also on Saturday, he split a 22.20 on Arizona Masters’ winning 200 yard free relay in the 45+ age group.

In the 100 fly, he broke his own record of 1:10.58 that was set in February. The next-best swimmer in the age group’s history is more than 5 seconds behind him now. He, too, is a perfect 4-for-4 in individual event wins at the meet.

Bigger wow? That STILL wasn’t the national record. It’s 1:24 something. When I saw that result I thought for sure it would be the record!

Congratulations to all the new National Record holders! Master’s swimming is wonderful. After decades of not swimming I’m happy to be back and looking forward to next year’s USMS nationals. #olderfaster #winningisfun

Impressive that Jeff Commings, a 45+ year old breaststroker, can also go 1:52 in the 200 back. It’s like if you told me you turned a turtle on its back and the thing just went even faster.