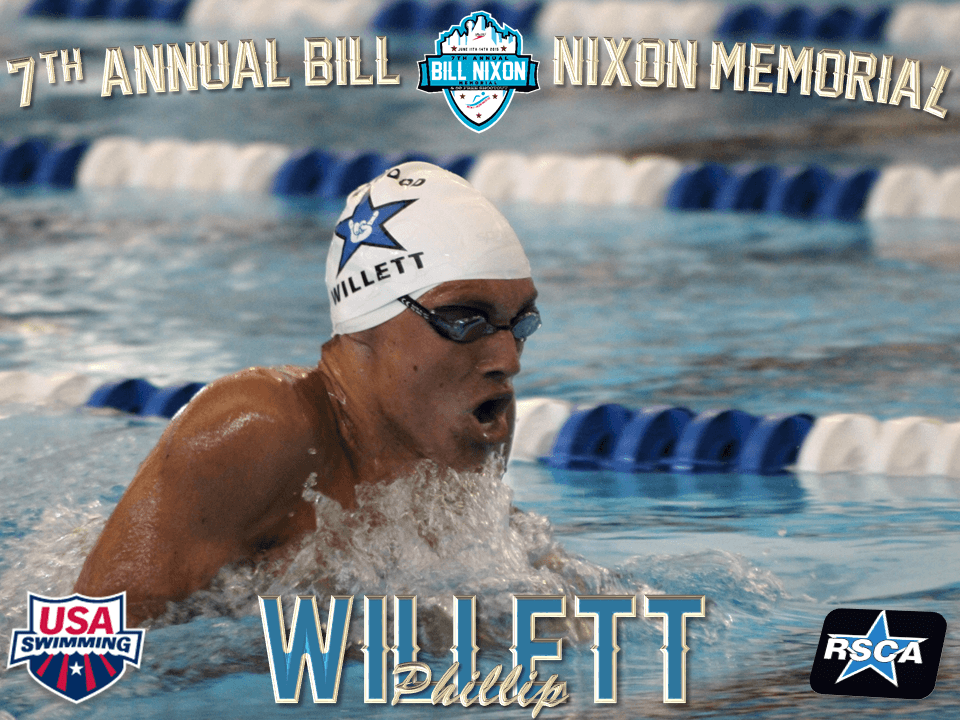 Phillip Willett of Rockwood Swim Club earned his first 2016 Olympic Trials cut in the 200 breast with a 1.6-second drop to earn a silver medal at Columbia Sectionals. Archive photo via Andy Ringgold/Aringo Photography

Lauren Votava of Rockwood Swim Club, top seed in the women’s 100 free, opened the meet with a 56.46-to-56.79 victory over Taryn Collura of Club Huskers, while University of Arkansas’ Madeline Monroe went 57.01 to round out the podium. Votava was the only one to finish under the 2016 Trials standard of 56.49, but she already had the cut and was about 2/10 off her best time.

Andrew Sansoucie (51.52) of University of Missouri led a men’s 100 free final that saw the top six finishers all touch within 6/10 of each other. Teammates Keiser Witte (51.60) and Levi Hanks (52.03) were second and third. While Sansoucie improved his seed time by over a half-second, he fell short of the 50.69 required to qualify for Olympic Trials.

Abigail Duncan of Mizzou dropped 1.78 from her lifetime best of 2:32.28, an Olympic Trials cut that she achieved at 2014 Summer Nationals, to win the women’s 200 breast in 2:30.50. That moves her into the top 15 in the US so far this season. Bailee Nunn of Springfield Aquatics, was just short of her entry time with her second-place finish of 2:33.06. 17-year-old Haley Downey from Splash Club dropped an impressive 8.6 seconds to place third in 2:35.93.

Mizzou’s Michal Rokita, who is originally from Poland, dropped 2.7 seconds from his PB en route to the title in the men’s 200 breast. University of South Carolina-commit Phillip Willett of Rockwood Swim Club earned his first 2016 Olympic Trials cut with a 1.6-second drop to earn a silver medal.

In the 200 back, Mizzou’s Hannah Stevens (2:12.90) knocked 3/10 off her previous best time in the 200 back, dipping under 2:13 for the first time. Although Stevens had already qualified for 2016 Trials, her winning time moves her up in the seedings by 2.5 seconds; she now sits 23rd in the US so far this season. Teammate Ellen Suek (2:18.27) was runner-up. Suek improved her seed time by 2.4 seconds, yet was still about 1.7 seconds away from the Trials standard.