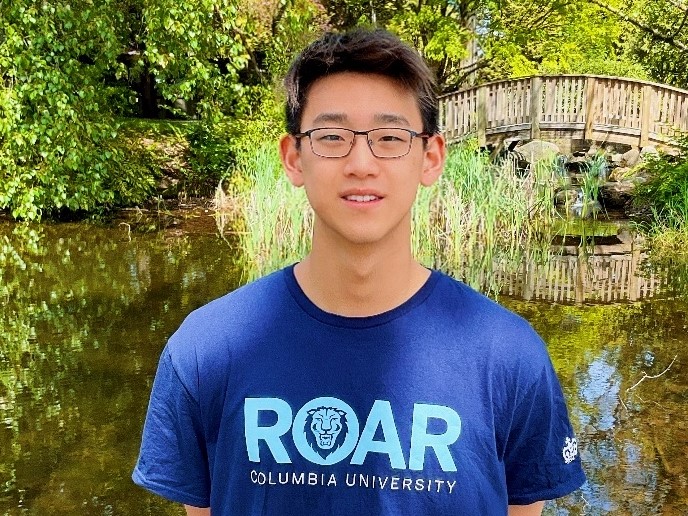 Wu won the 200 free, 200 fly, and 500 free, breaking the pool record in the 200 fly. He was the only swimmer from the meet to win three individual events. Archive photo via Adam Wu

On Friday, the Columbia men’s team pulled off an upset against Princeton, beating them by a narrow margin of 155-145 at home. While Columbia scored more points than Princeton at NCAAs last year, their victory on Friday can be called an upset considering that Princeton has consistently been the better school in Ivy League competition, having outscored Columbia by 573 points at the 2022 Ivy League Championships. In addition, Princeton came into the NCAA season with much more momentum than Columbia, having the #16-ranked freshman class in the NCAA.

Friday’s meet was Wu’s second competition since the 2022 Junior Pan Pacific Championships, where he dropped from a best time of 1:51.12 to a 1:48.26 in the 200 free to earn bronze. His long course 200 free time converts to a 1:34.01 in yards, which is faster than Columbia’s 200 free team record. He comes into this season with the potential to make huge impact on his team, and his performances against Princeton certainly lived up to that potential.

Another Columbia freshman, Brian Lee, also made some noise at this meet. He was dominant in the 100 fly, swimming a time of 47.73 which was less than a second off his personal best time of 46.81. In fact, the 100 fly was one of Columbia’s strongest events, as Seung Joon Ahn (49.05) and Ray Yang (49.26) finished second and third behind Lee to make the event a podium sweep for the Lions.

Columbia’s two NCAA qualifiers from last year, Jonathan Suckow and Demirkan Demir, also took two wins apiece. Suckow, a 2022 first-team All-American, won the three-meter diving event with a score of 442.88 points and the one-meter with a score of 419.40 points. Demir won his signature events, the 100 and 200 breast, with times of 54.28 and 1:58.36 respectively. Both of his swims were season-bests, beating out the 54.96 and 2:01.99 times he swam at Columbia’s season-opener meet last week against Penn.

Though Princeton lost the meet, it’s important to note that they were without one of their top freshmen, Conor McKenna (who was ranked by SwimSwam as the #19 recruit in the class of 2022). Their best swimmer, multi-event All-American Raunak Khosla, also did not take any event wins this meet. He was held off by Wu in the 200 fly, swimming a 1:47.94 t0 take second. He was also fourth in the 100 fly and put up a 49.35 in that event. Interestedly enough, Khosla had a completely different event lineup compared to what he swam last week at Princeton’s meet against Dartmouth and Brown, where he competed in the 100 breast, 200 breast, and 400 IM.

Friday’s meet was NOT Wu’s first competition since the 2022 Junior Pan Pacific Championships. He was swimming just 2 weeks ago at Toronto’s World Cup stop. Simple factchecking, to be honest

Not sure where the article got its dual meet record from, but Columbia also beat Princeton in their dual meets in 2013, 2015, 2017, and 2020 (going by season-end year, not the actual year the meet was in)

I was looking at Columbia’s press release, but you’re right. Will fix.

And in 2013 and 2015 Princeton won Ivy League championship

feel like the Ivy teams generally take a little bit longer to get into top shape. Fallon wasn’t terribly impressive, either, but you know he’ll be right at the top come NCAA’s.

This. IIRC, they are more restricted at the beginning of the season as far as when they can ramp up to full training compared to the rest of D1?

Ivy league teams are full training through all meets except for whatever midseason invite and conference, with the exception of HYP.
I remember many a meet day where we would do a full lift and practice the morning of a meet.

And how is that’s different from every other D1 program?

He’s been a bit under the weather.

Bring back coach Rob! This would’ve been inconceivable during his era

If you don’t want Coach Matt, I know a lot of programs that would be thrilled to have him. Princeton has the right guy for now. It is just a matter of time before he gets picked up by a power 5 and gets a chance to recruit with scholarships.

I”m sure a lot of teams would love to have him. I’m sure he has a bright future ahead of him, I just don’t think a “for now” coach is the right coach for Princeton.

I don’t know if anyone here wants to see Princeton alumni have it out in a Swimswam thread, but this is a series of pretty stupid comments. First, Columbia beat Princeton during the Rob era. It’s not fun but they have a good team, especially in a dual meet, and they swam well. Second, if you can’t see the big picture of what Crispino is building at Princeton, you don’t have to get on the train but it’s leaving the station soon. These guys are training incredibly hard right now and they are going to swim really f-ing fast this year. Hell, you’ll probably see some impressive swims at Big Al in a few weeks. I hope you’re eager to… Read more »

Chill! As others noted, the Princeton alumni are dedicated group. And Rob, with a 40 year tenure, is beloved across generations (both for his successes in the pool, but more importantly to the success of his Crew in Life). We were / are all sad to see Rob leave.
It’s nothing personal (at least to me, and I would wager to most) against Crispino. Tigers support Tigers…and we never like losing to the sham-king of the jungle Lions.

NOT fact! Columbia beat Rob, too. Article is wrong. Matt Crispino is crushing it for Princeton and is bringing the team back to the top of the league. A dual meet is not as important as Ivies especially when you have a couple of guys out sick/injured.