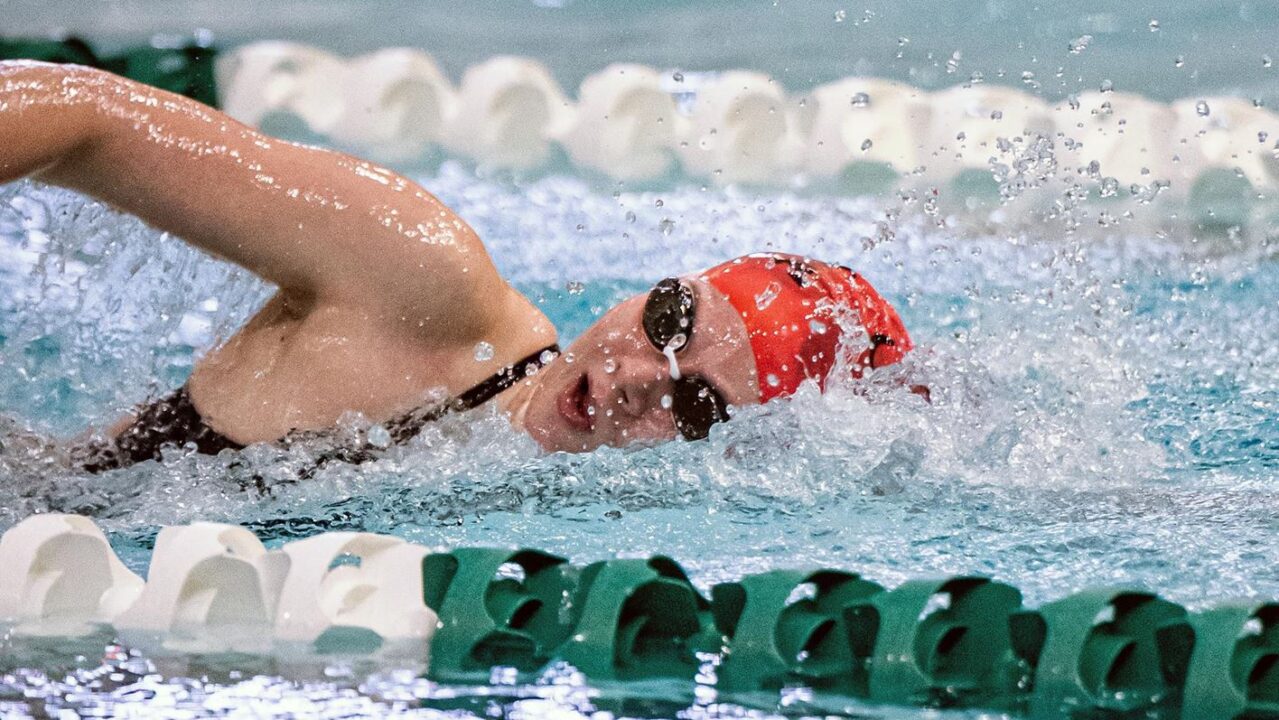 Prior to last season's narrow victory, the Rams had lost 10 straight to the Pioneers. Current photo via Colorado State Athletics

After snapping a 10-meet losing skid last season, the Colorado State Ram women picked up their second consecutive victory over the Denver Pioneers on Friday, outscoring them 165-135 at the Pink Out meet at Moby Pool.

CSU is riding a ton of momentum now, having swept the Intermountain Shootout last weekend as well.

The two teams won eight events apiece, but it was Colorado State’s depth that pushed them over the top. The Rams won both the 200 medley and 200 free relays, and had a pair of 1-2-3 sweeps in the distance events, both won by freshman Maya White.

“I think just overall, we did so well today,” White said. “Being able to go first, that’s pretty cool as a freshman, too. I’m pretty surprised by that, but I love it. I kind of had some expectations, but I was also expecting my freshman year, with adjusting to everything, it wouldn’t be the same, it wouldn’t be normal. I was just hoping to stay pretty close to my times, but this is a lot better than what I was expecting, honestly.”

Senior Kristina Friedrichs was also a double winner, topping the 50 free (23.62) and 100 free (51.87) for the Rams. Friedrichs also played a key role in leading CSU to victory in both relays.

Colorado State followed up by defeating Colorado School of Mines and UMary the following day, and will be back in action on Friday when they host Idaho. Denver will travel to take on Air Force on Friday.