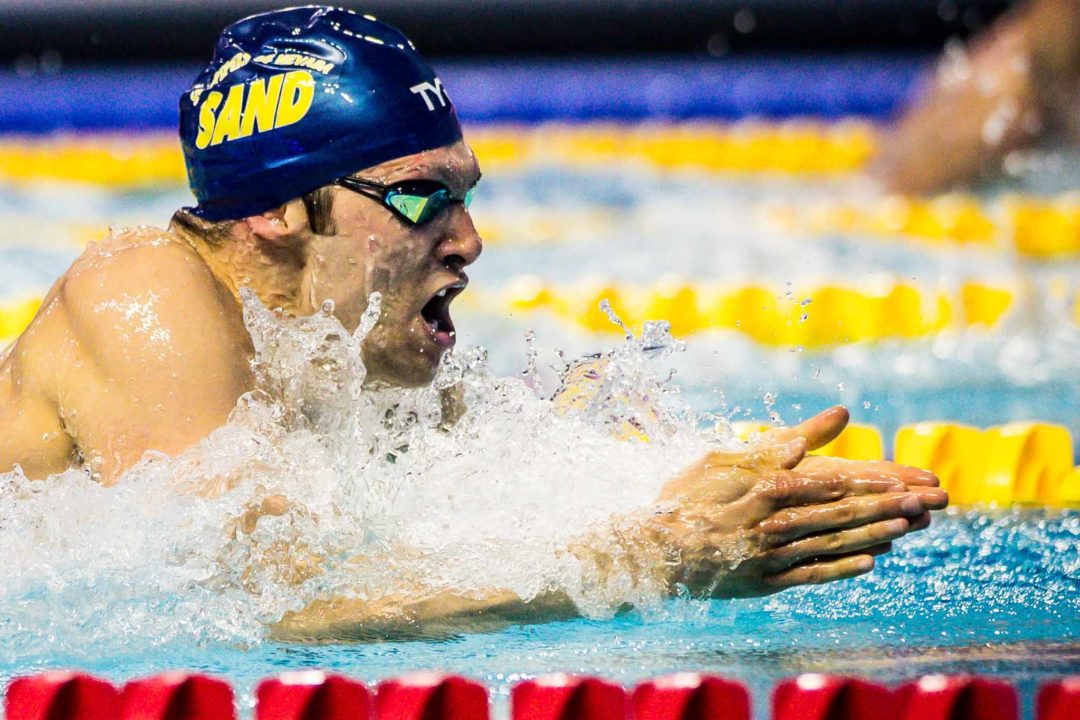 Cody Miller addresses his audience about his thoughts on the coronavirus affecting the upcoming Olympics in his new vlog. Stock photo via Jack Spitser/Spitser Photography

One of the most active swim related channels on YouTube featuring Indiana alumnus and Olympic breaststroker Cody Miller finally gave his own personal update on the coronavirus.

Miller posted a vlog this Wednesday morning featuring the Indiana swim team showing their facility still open. The rest of Indiana University’s campus is shut down while the team still continues to practice.

At the beginning of the video, it features normal Miller content with teammates Lily King and Gary Kostbade in the middle of practice. Of course light humor was thrown in throughout to in context of the current international health pandemic.

During the video, which was time-stamped last Thursday, March 12th, the whole team got the announcement about the 2020 NCAA Swimming and Diving Championships, with both Men’s and Women’s meets being cancelled.

“The energy on the pool deck is very weird right now”, said Miller as the team began to get out of the pool after finishing practice.

Back at home the conversation switched to a much more personal discussion about the meet cancellations and the question of will they continue to have the Olympics.

“I am completely devastated for not just my teammates but the swimmers across the country especially the seniors,” said Miller, “It was their last year and they were robbed of the opportunity to have their final meet.” He talks about seniors Mohamed Hassan and Cassandra Jernberg losing their senior NCAA Championships.

Miller touched on how this goes beyond just swimming and has impacted many other sporting events and careers. This brings up the concerns about whether they will still have the Olympics, talking about how Egyptian swimmers Marwan and Youssef El-Kamash on his team have had their own trials canceled.

Miller knows that he is on track and has put in the work to make the Olympic team, knowing that himself would be devastated for cancellation. He would be more devastated for his teammates such as Annie Lazor, not to be able to get a chance to qualify and step on that stage for the first time.

“For her (Lazor) not to get the opportunity breaks my heart more than anything,” explains Miller.

“I honestly don’t know,” said Miller at the end of the video referring to whether the Olympics will be postponed or cancelled. He explains that if cancelled, it’s because it is the right thing to do and he is going to still continue training as if it’s still happening.

The IOC gave an update yesterday that they are still fully committed to the Olympics. Cody Miller‘s home club team Sandpipers of Nevada just recently suspended operations, much like other club teams in the U.S., due to COVID-19.

If olympics games are cancelled I will feel pretty horribly for Annie Lazor, especially given how she missed out on WC spot in 2Breast

Cody Miller, as a leader in the world swim community, you need to set the example. Listen to the medical experts. And Get out of the pool and socially isolate yourself like the rest of the world.. Please and Thank you!!!

The CDC actually provided evidence that you can’t spread covid-19 in a pool. So if there is less than 10 pros spread out over that giant pool… There are fine.

And who are we to tell the national team members what they are to do with their lives. They are usually the most regimented with their time and their health…

From what we understand, the virus is airborne for up to three hours. So the contagion and viral shedding extends beyond what goes in the water and is cleared up by chlorine.

Are they swabbing door handles after each person uses each one of them?

Also, he filmed this even before (and when) NCAA’s were canceled so there definantly was no quarantine at the time

Let’s keep in mind that the current situation is a bit dynamic and his videos are several days behind what is happening today.

I have no inside knowledge on this, but I can’t imagine that we’ll go 8 years between Summer Olympics. They probably can’t commence in July, but there’s no reason not to have them in 2021.