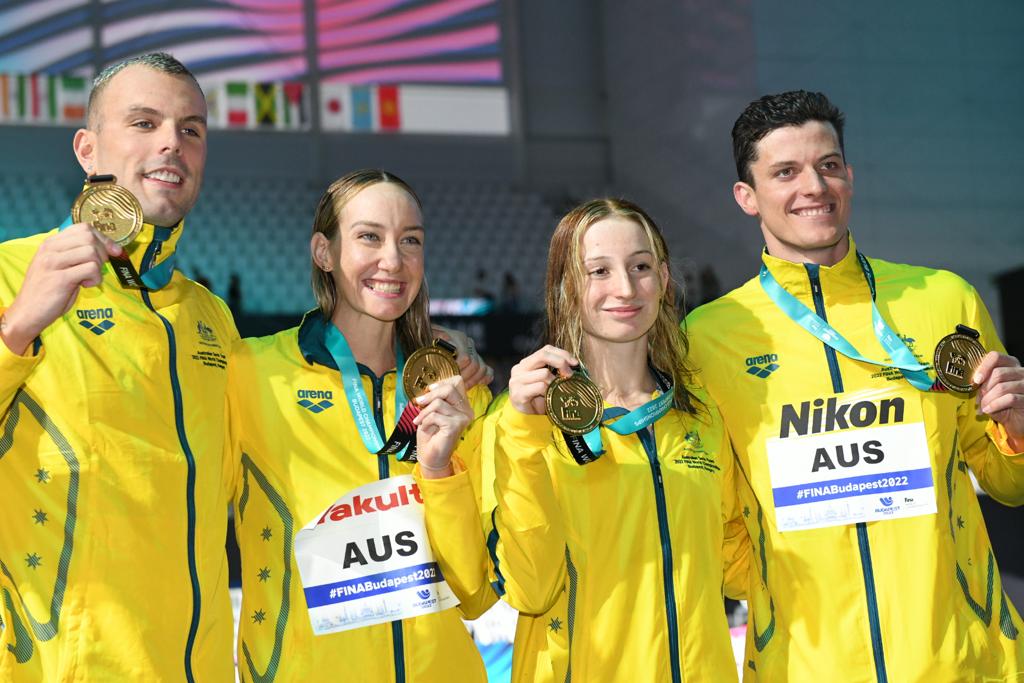 SASI acknowledges athletes and coaches from all programs, like beach volleyball, canoe sprint, and hockey, for their outstanding contributions and achievements over the past 12 months. Three of the eight main event winners come from SASI’s swim program.

Two-time Olympian Kyle Chalmers won Male Athlete of the Year for his impressive performances at the FINA World Championships and Commonwealth Games over the summer. At Worlds, Chalmers earned a gold medal in the mixed 400 free relay that set the world record of 3:19.38, splitting a 46.98 on his leg. He also anchored the men’s 400 free relay to get silver with a 46.60 split.

At the Commonwealth Games, Wilson hauled three relay golds and one bronze in the 200 free (1:56.17). Wilson was part of the prelim mixed 400 medley and free relays, with both events won by the Australians at finals.

Earlier this year, Wilson was appointed as a member of the Australian swimming team’s leadership group. She also runs clinics where she coaches junior swimmers. Furthermore, she and Tokyo 2020 Olympian Meg Harris own a clothing brand named ‘Dally and Co.’

Peter Bishop, the head coach of the SASI swimming program, was named Coach of the Year. He coaches Chalmers, Wilson, Harris, and Tokyo 2020 Olympians Matt Temple and Zac Incerti. Bishop has been the head coach at SASI since 2017.

SASI also recognizes Program Athletes of the Year, in which Harris was named the Swimming Athlete of the Year. She won gold in the women’s 400 free relay at the 2022 World Championships, splitting 53.00, and earned bronze in the 50 free, tying with American Erika Brown in 24.38. Harris was also part of the prelim mixed 400 medley and free relays. Moving on to the Commonwealth Games, Harris took home a silver medal in the 50 free, going 24.32.