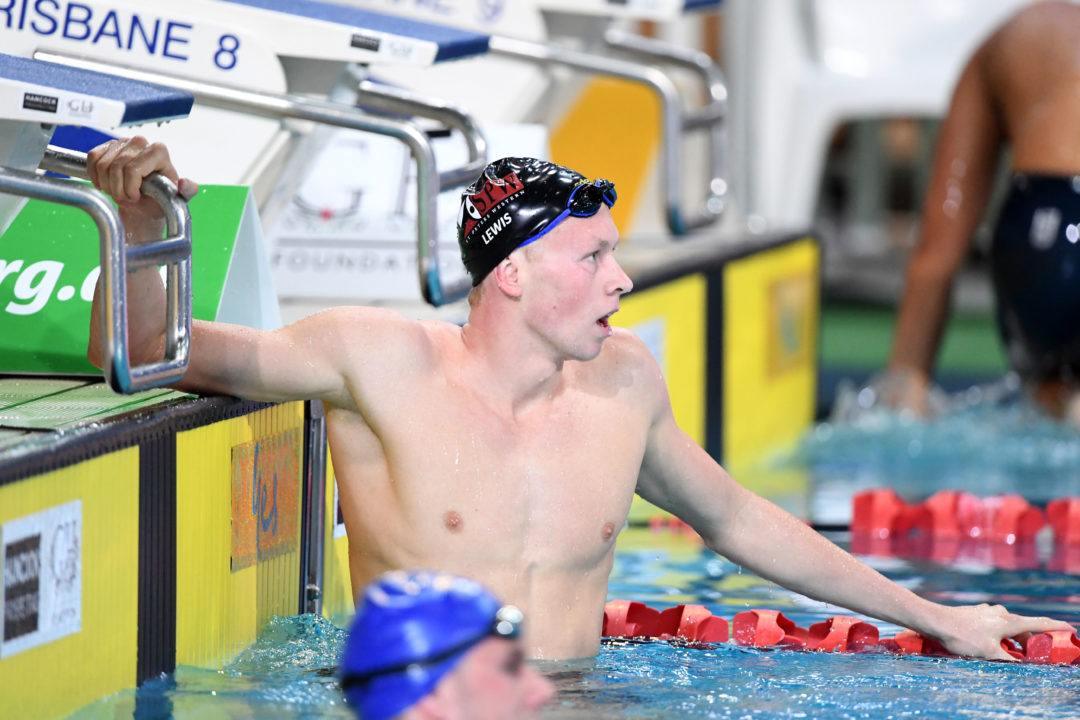 Below are the men’s results and you can refresh yourself on the women’s here.

The Brisbane Bisons squad of Clyde Lewis, Jack Cartwright, Elijah Winnington and Alex Grant produced the quickest time of the blitz with a result of 6:59.25.

For 23-year-old Lewis, his 1:43.53 opener checks-in as the 4th fastest time of his career, one which includes a personal best of 1:42.50 from last year as a Cali Condor in the ISL. Before that, he broke through in a major way long course-wise in Gwangju, producing an eye-popping 1:44.90 in the semifinals of the individual men’s 200m free. The Aussie wound up finishing 6th in a time of 1:45.78.

The Sydney Sharks’ squad of Brad Woodward, Matt Wilson, Ed Marks and Will Yang found success in the form of a time of 1:35.31 in this medley relay.

Woodward clocked an opening 24.33 before Wilson took over at 26.54, with Marks next in line at 23.07 before World University Games gold medalist Yang wrapped up in 21.37.

The Brisbane Bisons were back on top in this event, clocking a time of 3:13.77. Lewis opened in 48.81, with Olympic backstroke medalist Mitch Larkin next in line in 48.14. World Junior record holder Elijah Winnington hit 49.88 on the 3rd leg before Taylor Kai ripped a quick 46.94 to seal the deal.

Thanks Troyy . That makes sense. I couldn’t find it on meet mobile

There are two Relay Blitz meets appearing within Meet Mobile – one as ‘Relay Blitz’ and one as ‘Relay Blitz 2020’. The latter has the splits indicated in my post. I had previously reached out to Swimming Australia for official results, but nothing yet so I’m going on the data available.

Kai Taylor went a 50.00 long course in December last year when he was 16. A 46.9 doesn’t sound absolutely unreasonable considering the improvements that often come at that age

Matt Wilson 1:45.5 is bonkers. Is there another matt Wilson we don’t know about?

It’s a shame he has focused on Brst so much, he was an amazing imer as an age grouper. Obviously has worked out fine for him though.