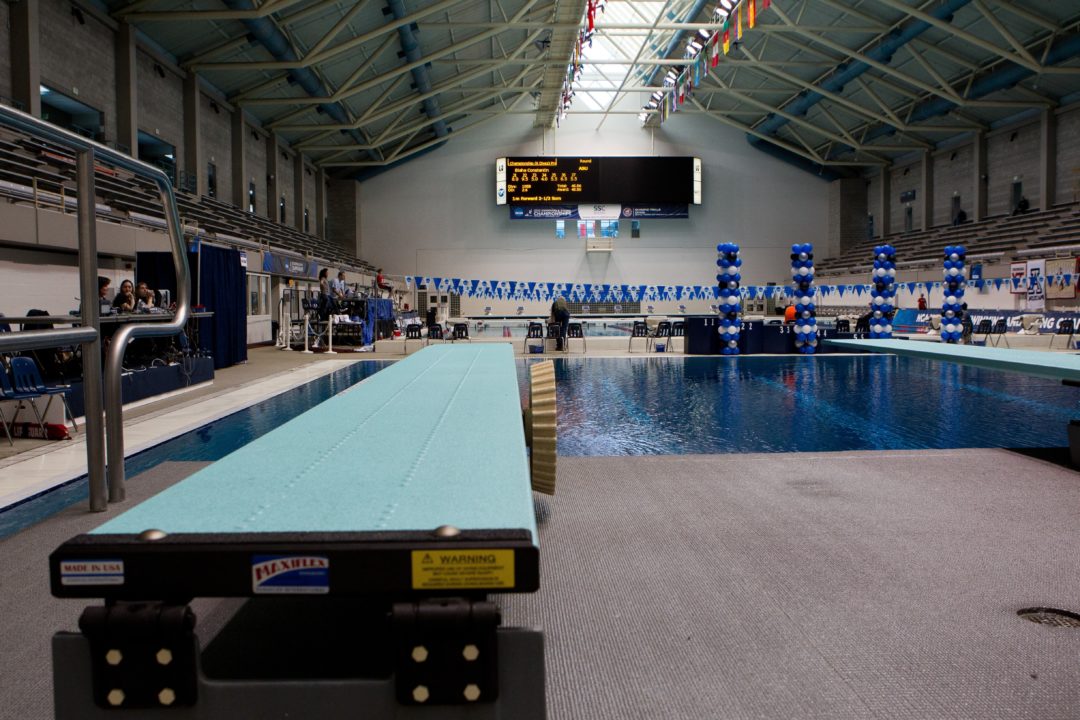 The Carmel High School girls haven't lost the Indiana state title in more than a quarter of a century. After prelims, it doesn't look that streak will end this year either. (Stock Photo: ©Tim Binning/TheSwimPictures.com)

Adams time in the 200 free also showed that she might be on her way to breaking an Indiana State record or two in tomorrow’s finals. Her time of 1:48.19 was just over a second off of the 1:47.09 record set by Carmel Senior Rhiannon Sheets two years ago.

Alex Cleveland swimming out of Zionsville highschool had the fastest splash-and-dash of the night touching in at 22.95. Clevland’s time was just 0.05 seconds off of the state record set by Lacey Boutwell in 1998. Cleveland gets another shot tomorrow night at the record in the finals.

Fishers High School Swimmer Emily Moser took the top spot in the 500 freestyle with a time of 4:55.49. Julia Campbell of Chesterton High School and Erin Moe of Westfield High School followed closely behind her in 4:55.51 and 4:55.79. The top eight swimmers heading into tomorrow’s final are all within four seconds of each other so it should be a tight race.

After qualifying second for tomorrows finals in the 200 freestyle, Galat qualified to compete in another final by swimming the fastest 100-breaststroke time tonight in 1:01.09. Galat’s time was 0.97 off of the state record of 1:00.12 set in 2008. If she can save enough energy during her 200 freestyle final tomorrow she might have a shot at the record.

Tomorrow’s finals should be jam-packed with excitement and a couple possible records to boot.  Carmel Highschool looks to take another victory, keeping their 26-year streak alive.

Just a side note. The picture above is not of the IUPUI Natatorium. That is from Federal Way in Seattle.