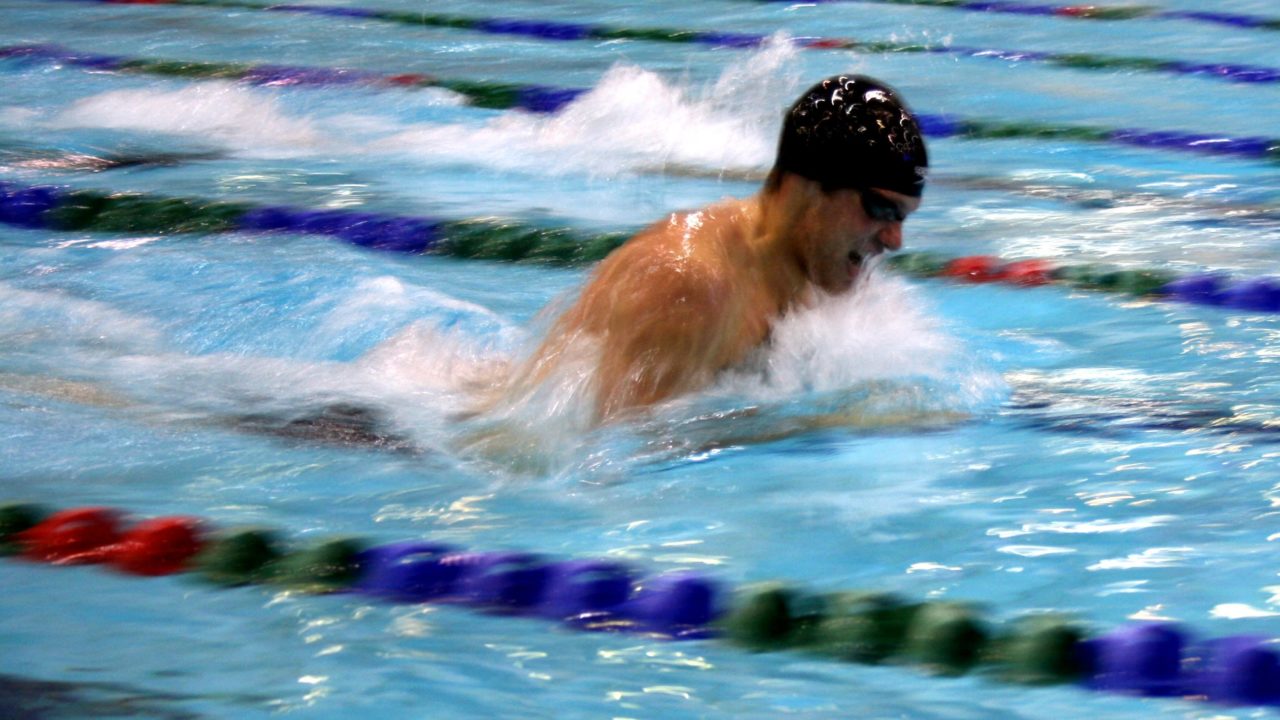 The UBC Thunderbirds look to repeat a men's & women's double in Calgary.

The CIS (Canadian Interuniversity Sports) Swimming Championships will be held February 21-23 at the University of Calgary in Alberta, Canada.  These championships include all universities from across Canada with swimming programs, excluding Simon Fraser which now competes in the NCAA. The CIS doesn’t have NCAA-like regulations about professionals competing in most varsity sports.  There will be no less than ten Olympians competing in Calgary, including:

Entries are finalized by teams the night before the racing begins.  All qualified swimmers can swim up to four individual events and all three relays.  There are stroke 50’s at the meet and athletes are eligible for 5 years, not 4.  There is also no eligiblity time clock.

All signs point to the UBC Thunderbirds retaking the women’s championship in 2013 with another large margin, as they won last year’s event in a record tally of 811.5 points.  They bring a host of talent including three Olympians (see above), though this year they’re limited to 13 out of a possible 18 on their roster including three rookies.  Olympic finalist Martha McCabe graduated last spring and is a huge loss for UBC, but they have replenished with a host of talent including Erin Stamp, who is seeded in the top 8 of three events.  They have extreme depth in the 100/200m freestyle including the three top seeds 200m in Olympians Heather Maclean and Savannah King, and defending national champion, Brittany Harley.  This puts them in prime position to win the high-scoring relays.

Expect the University of Calgary Dinos to repeat in second again.  The team spread between first and second, and second and third was so great, it’s hard to see them moving either up or down this year.  They have brought in a strong rookie breaststroker in Tianna Rissling, and still carry Olympian Erica Morningstar and former 50 breast world record holder Amanda Reason. They have, however, lost seniors Breanna Hendriks, Jessika Craig and Jessica Johnson from their ranks.

The University of Toronto Blues will have to work hard to retain their third place finish from last year’s CIS Swimming Championship. Western was able to topple the University of Toronto Varsity Blues at the OUA conference championships just over one week ago and they look to repeat the performance in Calgary.  Last year, Toronto finished in 3rd place, leading Western by over 110 points, but Western has added OUA Rookie of the Year, Emma Sproule.  Laval University will also push Toronto with the likes of Genevieve Cantin.  It will be up to veteran Vanessa Treasure and distance standout Bridgette Coley to hold Toronto firmly in position.

The men’s side is almost too close to call and is likely to (once again) come down to the final relay.  Last year, the UBC Thunderbirds squeaked out a slim eleven point victory last year (the smallest ever for a CIS Swimming Championship) over Toronto in their first year under new head coach Steve Price.  It was a miraculous turnaround from the two years prior after the departure of Derrick Schoof, who helped coach the men’s and women’s teams to ten consecutive titles each.  Though they lose last year’s CIS Male Swimmer of the Meet and Olympian, Tommy Gossland, they have picked up sprinter Coleman Allen from UNLV and eight rookies who have all qualified for nationals, including the top 200m Breaststroke seed, Evan Broderick.  UBC also looks to be strong in the sprints once again, lead by senior Kelly Aspinall, Allen and rookie Luke Peddie.

Swimming in their home pool at altitude should be a big boost for the University of Calgary Dinos.  This is the second time in three years that they’ve hosted at home at almost 3,500 ft.  The last time, they doubled up on the men’s and women’s titles lead by head coach Mike Blondal.  This year, fifth year senior Jason Block looks to once again dominate the breaststroke events and represent the Dinos on a strong medley relay.  Calgary loses perennially strong freestyler Colin Miazga but has picked up rookie Russell Wood, who enters as the top seed in the 200m Backstroke.

There’s no doubt in my mind that Toronto Varsity Blues coach Byron MacDonald skipped the taper for his team’s OUA appearance this year entirely.  They have dominated the OUA for a number of years and last year came so close to winning last year that I’m sure he’s done everything in his power to secure a victory this year in Calgary.  Toronto hasn’t been able to upset UBC or Calgary for a title since the 1993 and 1994 championships when they went back-to-back.  That being said, it’s going to be extremely difficult to fly out west and compete out west with the Dinos at home and the young, talented team that UBC will front.  On their side will be a host of veterans including returning butterfly/middle-distance Zack Chetrat, sprinter Mike Smerek and IM’er Zach Summerhayes.  Where they are at a huge disadvantage is in the breaststrokes and consequently the medley relay: their top seed in the 100m Breaststroke enters in 20th place, 4 seconds behind the leader.

All in all, expect the men’s side to be a showdown that comes down to the last swim.  You can check out our full coverage on SwimSwam, as we bring you updates from the pool deck in Calgary.