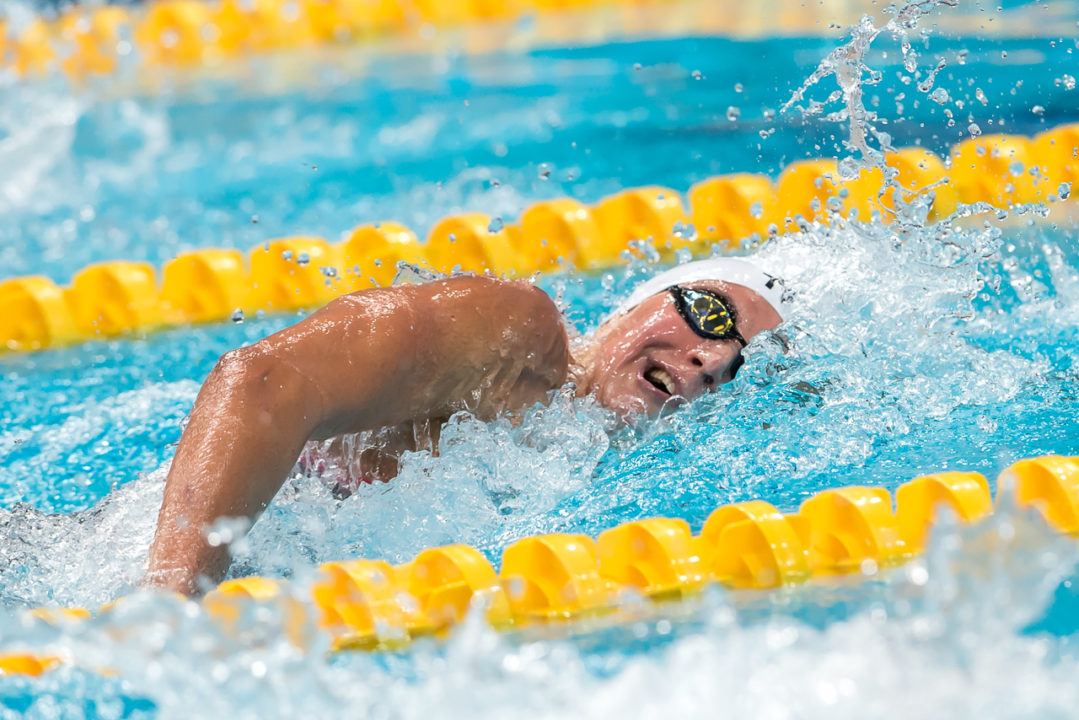 Headlined by Olympians and World Championship participants from France, Italy, Japan and the United States, as well as blossoming young swimmers from across Europe, 32 meet records were broken at the 2018 Geneva International Challenge Meet this weekend. That includes world top-10 times from Frenchwoman Charlotte Bonnet.

Bonnet broke her first Meet Record in the 100 free prelims, swimming a 54.39, and followed that with another in finals in 53.72. That time ranks her 4th in the world so far this season, and is just .07 seconds shy of her lifetime best in the event done at last year’s French National Championships.

A contingent from Team Elite based in the United States also made the trip, along with a few international cohorts. The result was 3 Meet Records, albeit only one from an actual American. Kendyl Stewart won and set a new Meet Record in the 50 fly with a 26.63, and Bonnet was also under the old record finishing 2nd in 26.70. In the 100 fly, Stewart (59.01) and her countrymate Hellen Moffitt (59.22) finished 2nd and 3rd, respectively, behind another Meet Record: this time from Elena Di Liddo from Italy won in 58.97. That broke her own Meet Record of 59.31 from last year’s meet, with both Stewart and Moffitt also under the old mark.

Bonnet looking definitely faster and sharper in some phases of the races (i.e the start) than last seasons. In the 100 free she took a remarkable advantage upon Lia Neal (good 54.23 for her) in the first half of the race. A 17 year-old from Kyrgyzistan, Denis Petrashov, swam 1.01.45 in the 100 breast and 2.12.62 in the 200 breast. Good youth Israelian contingent (just a result: 50.11 swum in the 100 free by Denis Loktev) in a nice meeting at Geneva, and here in Europe we are ready for next Euromeet in Luxembourg, with many interesting themes: a lot of big guns (Sjostrom, Peaty, Scott, Guy and so on), but also the first LC meet of the season for… Read more »

About Hungarian men’s free relays (two times World Junior Champion at Indy)
I don’t know if the 400 free relay will be the heavy favorite at next Euro Champs in early August. Certainly it will be a main competitor for the win (also Milak to be considered), but Russia, with the addition of Kolesnikov and Girev, should be a powerful team, and good news also for Italy: great start of the season for Dotto, and also Orsi seems on a good recovery path (49.61 in his first LC meet a week ago) beside the improvements of Miressi, Vendrame and Zazzeri.
Great season to live..