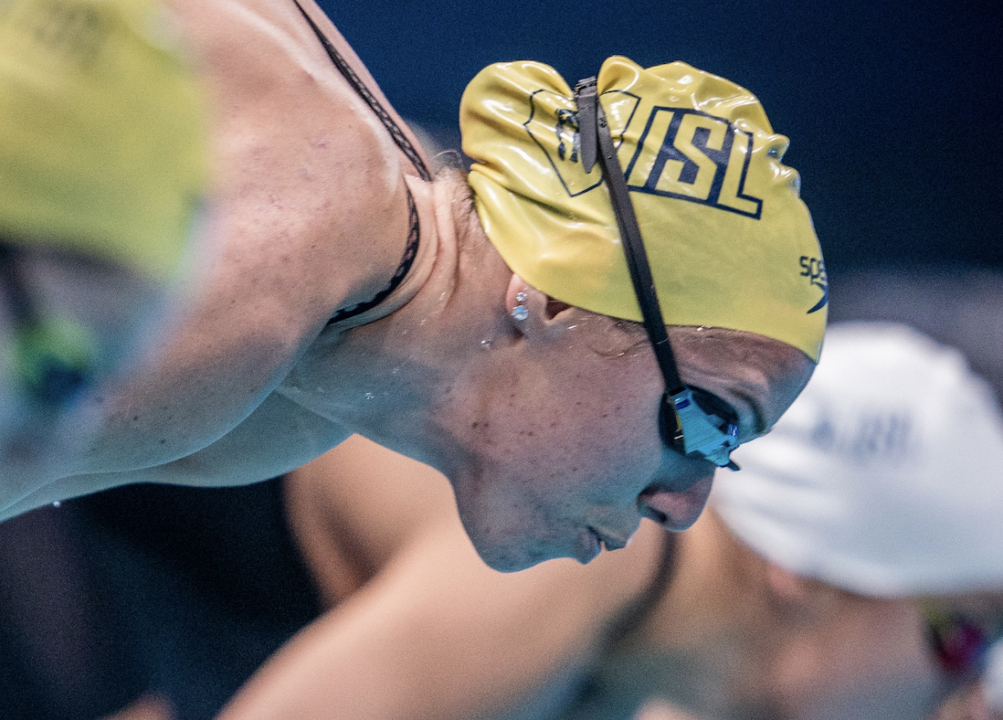 Abbey Weitzeil put up solid performances in San Antonio, taking a win in the 50 free and claiming 2nd behind Olivia Smoliga in the 100 free Current photo via Courtesy of Mine Kasapoglu

Olivia Smoliga rocketed off the turn in the women’s 100 freestyle, overtaking early leader Abbey Weitzeil on the back-half to win in a time of 54.67, good for fifth among U.S. swimmers in 2020-21.

Smoliga, who closed in 28.49, has only been this fast a handful of times in-season, and never that quick this early in the year. Her best-ever PSS swim was a 54.45 last March in Des Moines, while her fastest-ever January showing was a 55.50 from 2019.

Weitzeil had the early speed flipping in 25.91, and held on for second in 55.13 to take the seventh spot in the national rankings this season.