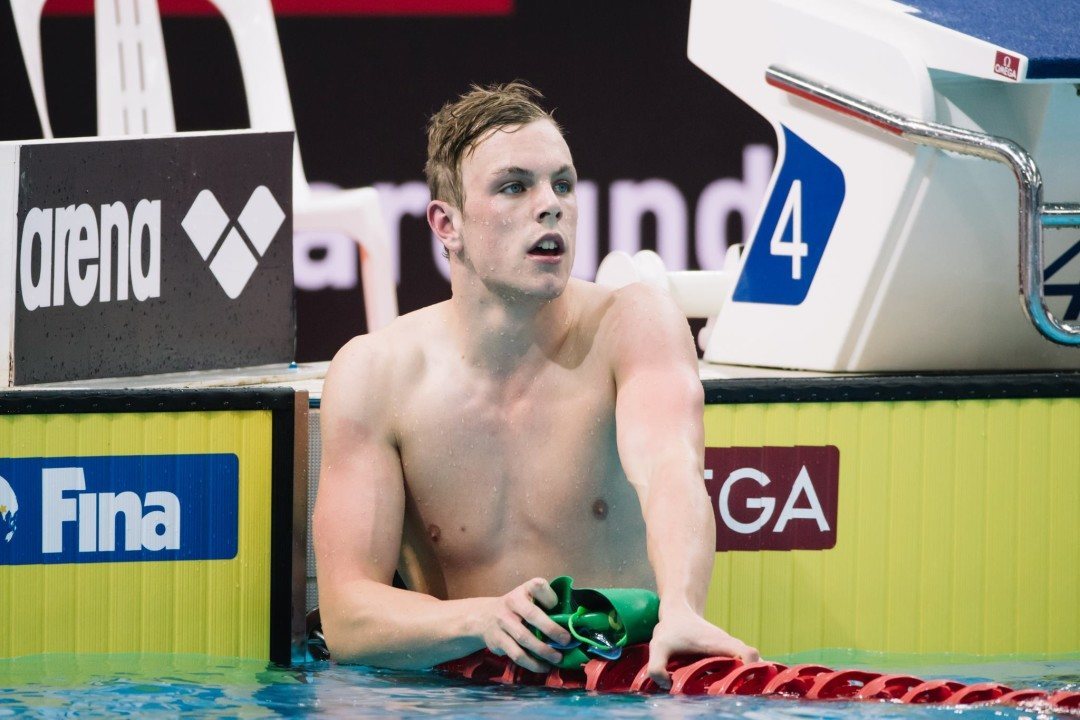 After Brazil’s Pedro Spajari asserted himself in the semi-finals of the men’s 100 freestyle swimming a new championship record of 48.87, it was Australia’s rising star Kyle Chalmers who came through in the final.

Chalmers posted a new championship record in 48.47, under Spajari’s time from last night and well under American Caeleb Dressel‘s previous mark of 48.97.

Chalmers, Rooney and Spajari will do battle again in the men’s medley relay at the end of the session.

My prediction has come true!!!