Cesar Cielo Uncertain About Pan-Pacs, All In for SC Worlds in 2018 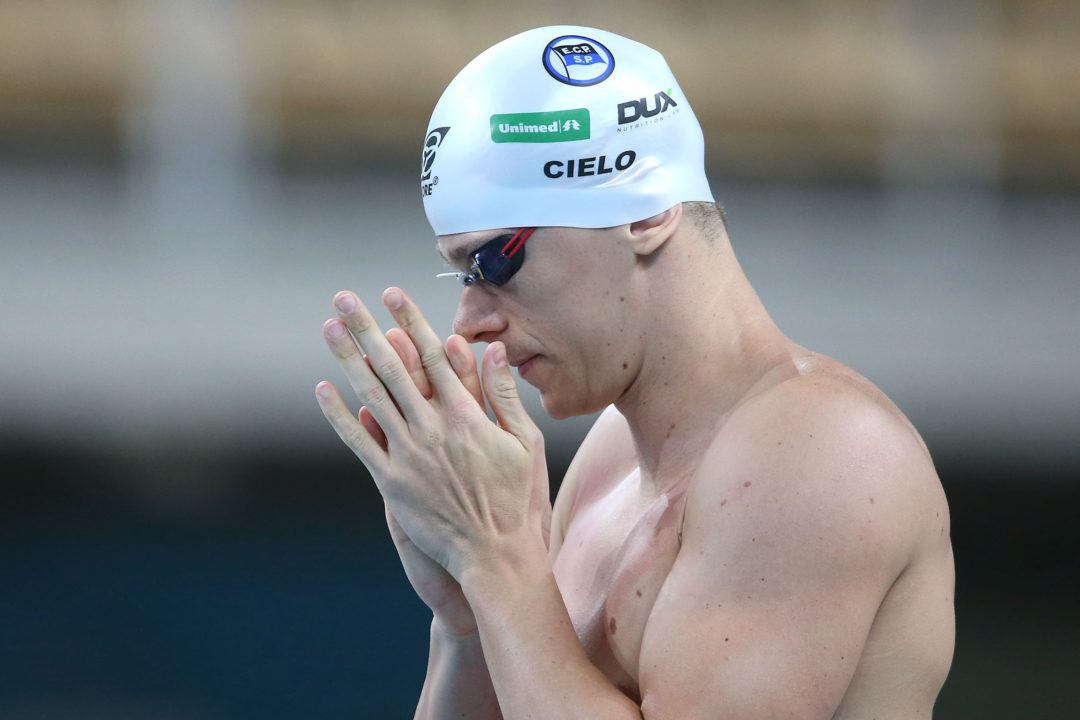 Cesar Cielo‘s career was on the line last year when he failed to make the Olympic Team, but he’s rebounded nicely since then, winning a silver medal at the 2017 FINA World Championships in the 4×100 free relay. Now 30 years old, Cielo has made it clear that he’s very much not retiring, and has made Brazilian headlines for a number of reasons over the past few days. Here’s a roundup of everything you need to know about the state of Cesar Cielo:

It’s unclear whether the greatest Brazilian swimmer in history will swim past 2018, but it’s obvious that Cielo’s roots in the swimming world run deep, regardless of how much longer he’ll continue racing.