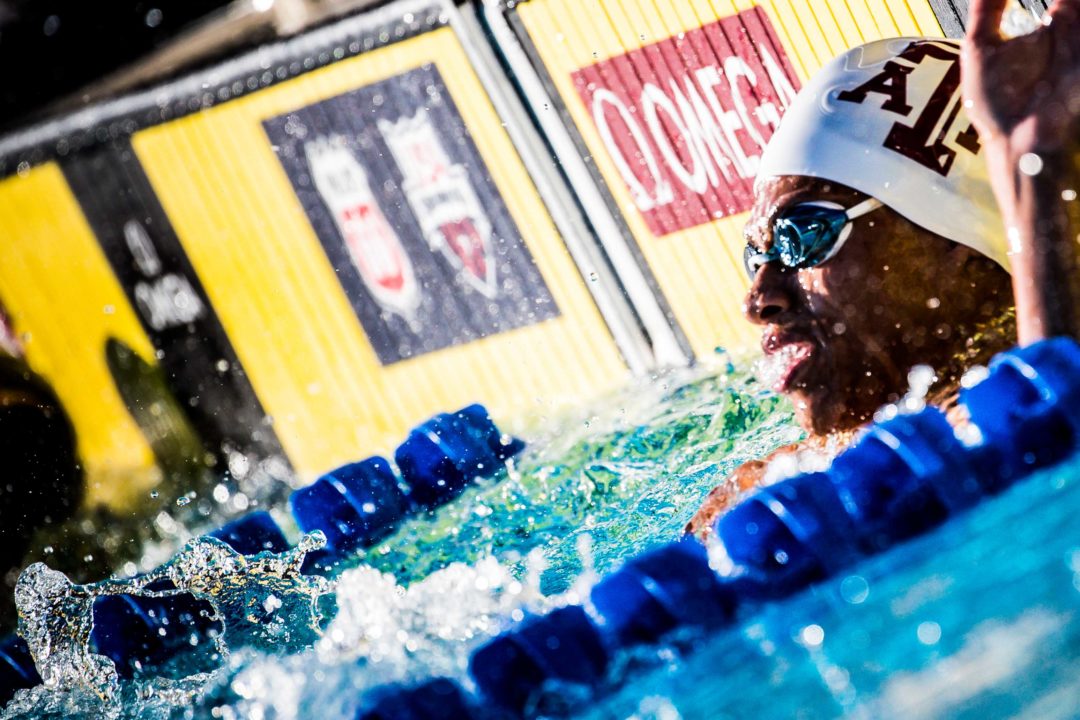 The Art Adamson Invite at Texas A&M is adjusting its format this year, featuring long course meters for morning prelims and short course yards for finals at night. That allows athletes to go after Olympic Trials cuts in prelims and NCAA qualifying times at night.

Last summer, Casas took his long course 200 IM best time from 2:03.0 to 1:58.8, ranking 6th among American men. This morning, he chopped another three tenths off that, going 1:58.54 to lead prelims of the Art Adamson meet by almost five seconds.

The big swim from Casas should set up for some more excitement later in the meet. Casas had a breaout freshman year at A&M in both long course and short course. He’ll get a shot at a nation-leading time in the short course yard IM tonight. Prior to this weekend’s invites, Indiana’s Mohamed Samy led the national ranks at 1:44.9, but Casas’ career-best is 1:42.2, and his new lifetime-best in long course converts to much faster than that – our Swimulator converter roughly translates it to 1:40.9.

Other big swims from day 1 prelims:

Vote Up110Vote Down Reply
He Gets It Done Again