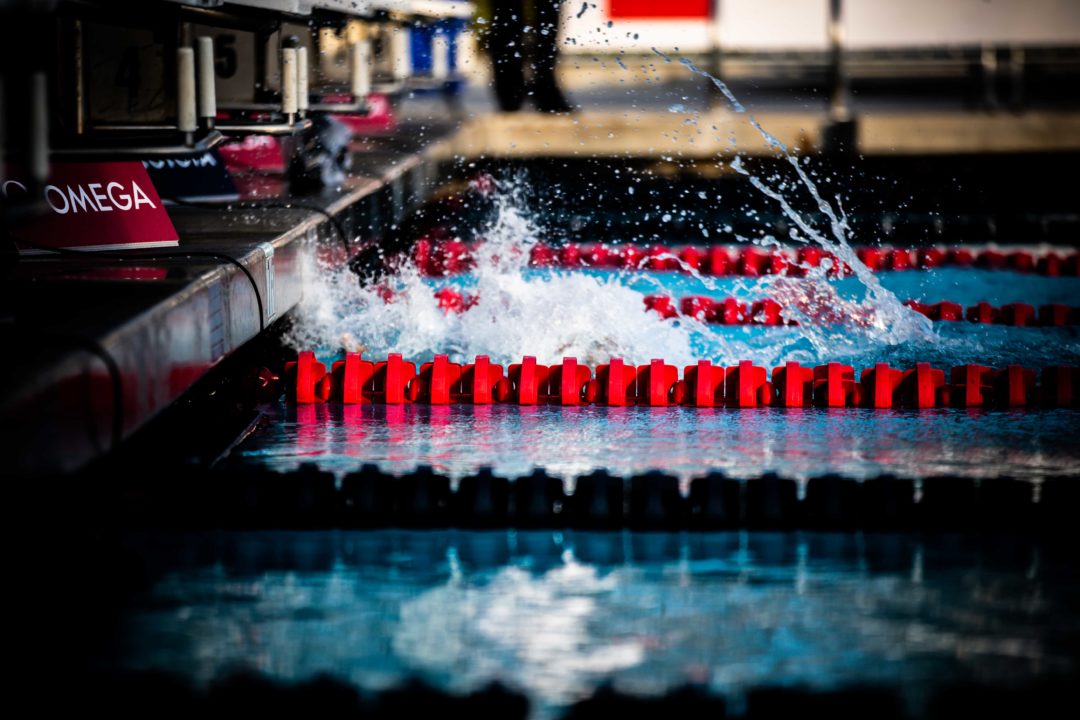 The Carmel High School boys successfully won their 14th straight IHSAA Sectional title on Saturday in Noblesville, setting the team up to take a run at a seventh consecutive state title this weekend.

The winning team was dominant by going 1-2-3 in seven of the eight individual swimming events, while also sweeping the three relays decisively.

The lone non-Carmel winner in a swimming event was Tipton senior Ayden Stanley, who snagged the 50 free in a time of 21.12 over Carmel’s Christopher Holmes (21.29) and William Kok (21.53).

Porter Brovont of Eastern (Greentown) also won the 3-meter diving event with a score of 488.46.

The psych sheets for the IHSAA State Championships will be released on Tuesday following the conclusion of all the sectional meets.

Sad to see Westfield Perform so horribly. The team that wants used to be top contenders. With multiple state champions. Two were last year not having one person qualify for state. Sad to see

That’s a shame because they’ve always had talent up there and a lot of good families that supported the program. I know their facility situation wasn’t very good in the past compared to other local schools like Carmel, HSE, Fishers and Noblesville. I think they just finished building their new 50-meter pool and that should eventually be a game changer.

Pool size has nothing to do with it. Years ago Westfield was producing state champions year after year not to mention being in the top 10 every. Now with this new coach they have had some of the worst showings in school history. Heck I don’t Even think last year they qualified one swimmer. The club thought hey let’s take a coach from Carmel they do good. Wrong!

Westfield has had 5 state champions in their history with IHSAA (Ben Wachtel 2006-2008 most notable with multiples titles). Top finish as a team was 3rd in 2011, only other Top 10 finish as a team was 9th in 2012. Otherwise int he past 20 years or so, they have only been a Top 15 school at state a hand full of times. 2010-2014 was a good run for Westfield, but no dynasty. It’s tough to compete when Carmel is in your sectional and very close by for families to take their kids there. I would say that Westfield is doing their best to rebuild and grow espeically with the new 10 lane 50m pool available, and a community that… Read more »

Sorry but the size of the pool dose not make for a good team. Take a look back at Carmel history in the pool they used to have but yet still manage to have state championship teams.

I know. Look at North Central…they were a lot better in the old dump before moving into the new pool. Unfortunately, the coaching went way down (and is still bad) after Mark Hesse left and Bruce Patmos was ousted by the kooks there.

Recipe for success = Stable pool situation (regardless of size), good consistent coaching, large local population to draw swimmers from, supportive community. Your most successful HS teams have a large age group program to feed the HS team as well. Carmel has had all of those for a very long time. Carmel has also had their 50m pool since 1998, accounting for many of the successful history you reference. While your statement is partially accurate, it’s not the whole picture and should be noted. Westfield does not have all the ingredients yet, but getting close.

And just so we’re clear ben Wachtel was the best Westfield swimmer. I have no ifs, ands or buts about that statement. Truly a pure talent. The man was just a pure gifted athlete

Westfield might not have the state champions they use to have but look at some of the facts: 1) Carmel brings in kids from around the state. There are several swimmers who moved to Carmel just to swim there. 2). Unlike HSE and Fishers, Carmel Clay school district never split the school, mainly for sports 3) even though Westfield is not winning, Carmel has a culture that produces college swimmers who don’t want to come back to Carmel….the coaches ruin it for the kids. I like the head coach from Westfield. He at least cares about his swimmers, not just churning out recruits (with no Olmypians).

Obviously sour grapes. No high schools consistently produce olympians or have high-level college swimmers return (they usually swim with their college club teams). Carmel is a dynasty because of the coaching, culture, and friendly competition. Chris Plumb is the Belichek of high school swimming (perhaps not the only one) and a good guy, and the others are strong too. Don’t hate…

You clearly drank the kool aid. My goodness, the Belichek of high school swimming. That’s a good one!

No need for Kool Aid. The results speak for themselves, and we have experienced them first hand. Hope you enjoy last place this weekend.

Looking forward to some epic matchups at state this weekend! Thanks to IHSAA and the IUPUI Natatorium for coming up with a workable plan that still allows the teams to compete. If your season or your state meet cancelled, look at how Indiana was able to figure it out. It can be done!