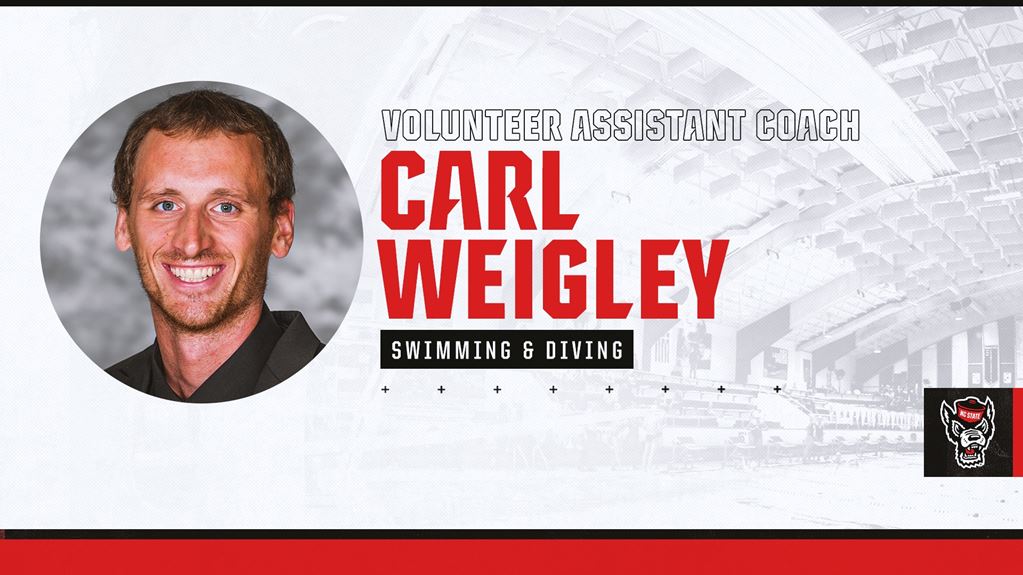 Weigley comes to Raleigh after serving as assistant coach at Pacific since the start of the 2017-18 season. In two seasons, he coached his student-athletes to 10 individual program records, 13 relay school records, 15 NCAA B cuts and an NCAA A relay cut.

“We are excited to welcome Carl over to the East Coast,” said Holloway. “Carl has an outstanding trek through his coaching thus far in his career and comes highly recommended by leaders in our sport. He brings great knowledge and eagerness to our staff along with energy and passion. My time with Carl excited me about how he could help our program continue to grow and move forward!”

Prior to his time at Pacific, Weigley spent six seasons as an assistant at Fresno Pacific, his alma mater, where he served as the primary coach for the sprint group. In addition to helping lead the Sunbirds to top-10 finishes at the 2017 NCAA Division II National Championships, he played a role in coaching 36 swims that earned All-American designation.

Weigley has also played a role as a head Senior group coach and assistant Elite group coach for the Clovis Swim Club in California. While working with the Elite group, he saw five of his swimmers qualify for the USA Swimming Junior Nationals, highlighted by champions at both Junior Nationals and the Junior Pan Pacific Championships.

As a swimmer for the Sunbirds, he helped lead Fresno Pacific to two NAIA National Championships team titles (2010, 2011). Weigley won 11 NAIA titles and took ownership of eight NAIA national records during his time as a student-athlete.

Following his collegiate career, Weigley competed at both the 2012 and 2016 U.S. Olympic Trials, highlighted by a semifinals appearance in the 100-meter butterfly in 2016. He also qualified for the USA Swimming National Championships every summer from 2009 through 2016.

A native of Tacoma, Wash., Weigley graduated from Fresno Pacific in 2011 with a B.A. in Exercise Science.

THAT will close the gap on Texas and Cal…..

Great addition! Carl is an outstanding coach on so many different levels. NC State is lucky to have him.