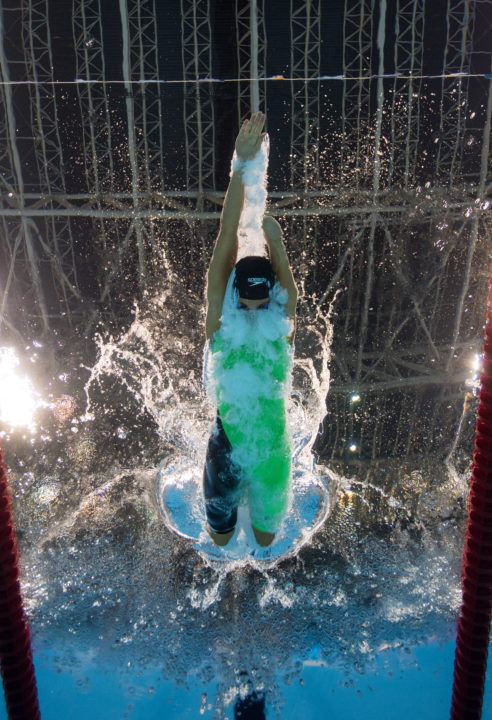 SwimSwam Podcast: Anastasia Pagonis Living at the OTC as a Swimmer Who is Blind

After becoming blind by age 14, and going through a deep depression, Pagonis was able to get back in the pool and start chasing her Olympic dream once again.

The 2020 Paralympics would have kicked off tomorrow with opening ceremonies from Tokyo. Instead, top Paralympians are celebrating a second one-year-out date.

At next week’s 2017 Para Swimming World Championships in Mexico City, athletes in attendance will vote for five of their own to comprise the inaugural World Para Swimming Athlete Advisory Group.

Eleven swimmers have been nominated by their respective National Paralympic Committees for the five open spots.

According to the Paralympic website, candidates were nominated because of their “strong qualities of leadership, accomplishment, knowledge and respect, both on and off the field of play, and experience in and commitment to the advocacy of athlete-related issues.”

The goal of the committee is to represent the perspective of all para swimmers, advise the Sport Technical Committee (STC) and WPS upper management, promote a “healthy image” and “fair play,” and host athlete meetings at major competitions.

In addition to the five athlete representatives, WPS will appoint a group leader who will serve a four-year term (2018-2021) and represent the group STC meetings, and communicate on behalf of the group with the STC and WPS management.

The committee is one of a number of recent moves to help promote and strengthen the development of para swimming worldwide. Another includes the new “Inside Para Sport” podcast, hosted by Paralympic swimmer and coach Kelly Crowley and current US sitting volleyball national team member Katie Holloway.

“Short-term we just want to better ourselves so that we’re getting better and the message is clear after each episode,” Holloway said. “Long-term, we want to pick up some steam from athletes, getting them engaged in the topics we’re talking about and having those conversations start happening and … having people to talk to and getting those conversations started and putting that content out there for athletes and people involved in the Movement.”

You can find all episodes of Inside Para Sport here.