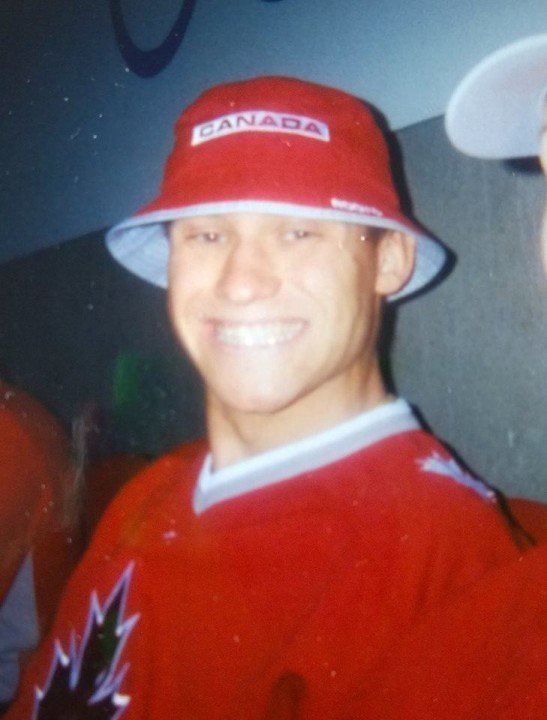 “If you can't fly then run, if you can't run then walk, if you can't walk then crawl, but whatever you do you have to keep moving forward.” Martin Luther King Jr. Current photo via Channy Chan

“If you can’t fly then run, if you can’t run then walk, if you can’t walk then crawl, but whatever you do you have to keep moving forward.” Martin Luther King Jr.

This quote is one that Dr. Shamek Pietucha used on his website, a site created to share his knowledge and passion for helping others develop and live a better life. This quote is extremely appropriate to reflect on when remembering a tremendous man who unfortunately passed away yesterday at the age of 39.

Shamek’s accomplishments in the pool were many;

Shamek was an athlete that showed incredible determination in the face of any challenge that presented itself. As an athlete his persistence, passion and confidence were his calling cards.

“He was a force to be reckoned with between his discipline in the pool and his competitive nature,” recalled Nora Grannell one of Shamek’s teammates at the University of Virginia.

“Shamek was a tough competitor in the butterfly events,” said Mike Mintenko one of Shamek’s teammates on the 2000 Olympic team.

“Chasing him made me better. He was a good teammate and a great person. I am saddened to know that he is gone and consider myself fortunate to have known him since our age group days.”

My own experience with Shamek began in 1999 when I was an apprentice coach at the National Training Centre in Calgary assisting coaches Jan Bidrman and Mike Blondal.

Even with all of the tremendous athletes who were in the pool each and every day it was most often Shamek that I was in awe of when saw what he was able to do in the water.

One moment that stands out in my mind, something I will never forget, occured at a team meeting. The team met with sports psychologist Dr. Hap Davis, the athletes shared their feelings and experiences leading into the Olympic year.

Many talked about having ups and downs in their confidence in the midst of dealing with the challenges and stresses that come in the Olympic year. Shamek shared his thoughts and experience on the subject, which were some of the wisest I have ever heard. He spoke of how his day to day confidence might waver, but in the end he always had faith in himself and his abilities, something that was unshakable.

I have remembered his words often when my own self belief has been fragile.

As an athlete he always bet on himself. When coming to the University of Virgina he was not one of the most sought after recruits, but he told his coach that before he left the school he would win the NCAA Championships.

In 1999 Shamek became the first University of Virginia swimmer to win a NCAA title.

He also applied that confidence and work ethic to all areas of his life. In 2006 he graduated as a family physician and went on to specialize in anesthesia.

He later found his true passion and calling in the field of integrative medicine and completed a fellowship in Integrative Medicine led by Dr. T. Low Dog at the University of Arizona.

In 2012 Shamek created Integrative Health Sojourner with the purpose of creating a place ‘to build on a movement of awakening to the beauty of holism and fundamentals of health and nutrition.’

Although his accomplishments were many and extremely impressive they came no where near defining the man Shamek was. He did not hide how much he cared for those in his life whether it be family, friend, teammate or patient.

“Even in a stressful Olympic year he was always there to offer support and advice to his teammates.”

“He was kind to everyone and always had time for anyone,” said Jon Fowler another of Shamek’s teammates in Calgary.

“He was as competitive and dedicated as he was kind.”

“He was a sweet soul with a mischievous sense of humor,” said Grannell.

“He was a friend who was more akin to a brother with his playful nature and fierce loyalty. It has been a longtime since I’ve seen Shamek, or as I and many others affectionately called him, Sham Sham. I admired him greatly for being true to himself. He was also admirable in his love of life, family and friends, appreciation for humanity, profound work ethic and thirst for knowledge.”

The way that Shamek interacted with others is epitomized by a story which Stephanie Struthers, a former Canadian Olympian, shared with SwimSwam, “I lived in patrician village with Lauren (van Oosten) and he was just above us. I was dealing with retirement post my second shoulder surgery. He was in the prime of his career. Very different times. He was shining and I was lost in a world of uncertainty.”

“We spent time together just chatting about life. When my mom came to help me post surgery, she ended up taking him out for dinner a few times. I was unable to go due to pain and painkillers. So, the two of them went out and she became quite fond of him. In the two weeks she lived with me she felt she had adopted another son.”

“That was him though. He made everyone feel comfortable around him. He was open and honest. When I called her today to tell her the news she, as we all were, was heart broken. “He was my dinner buddy.”

“Shamek had a way to make people comfortable. He was kind, caring and will be deeply missed by so many.”

He affected many in a powerful way, we are all better for having known him.

Shamek you will be missed, but you leave a legacy that we will never forget.

His passing was communicated by Speranza Dolgetta:

It is with sorrow for what we have lost but joy for the peace that Shamek has found that I am announcing the passing of our loved friend. Shamek passed away peacefully this morning surrounded by his loved ones. I know he has touched all of your lives with his love. We will celebrate his life with you all on Sunday, October 18th in Toronto and details will be posted soon. For now, rest my darling friend.

Dogetta’s announcement was accompanied by a beautiful poem by Alexander Bentley.

of greatness i head

take up weapons of wit

i can do this and

every time i have

a dream inside a dream

than a shining beam

of light that penetrates

I was one of the many junior residents whom Dr. Pietucha had supervised at the Centre for Addictions and Mental Health in Toronto. After hearing about his passing, my colleagues and I have reminisced about our experiences with this exceptional supervisor. Shamek – as he asked us to address him from the outset – was one of the most thoughtful, forward-thinking, and kind-hearted teachers I have known. I was inspired by his dedication to understanding and furthering the discipline of healing. He taught with competence and wisdom about areas of medicine that most practitioners dare not approach. Most importantly, he was compassionate to his patients and patient with his learners. He liked to check in with the emotions that a… Read more »

Rest in peace my friend. I enjoyed swimming in Lake Ontario with you. Love always ?

Certainly special and gifted
You’ll be missed my friend.

Wow horrible news. I was at UVA when Shamek was there. Terrible news for the Wahoo family.

Shamek was a high school friend in Edmonton. He was all they say and more. I will miss him. God bless.

Dr. Pietuchas’s accomplishments, persona and spiritual presence touched us all

Whatever life challenges were placed before him were always accomplished.
However, what placed Shamek higher on any victor’s podium was not the actual achievement, rather it was how he unpretentiously accepted the victory and with such a sincere humility.

With Dr. Pietucha, one was always greeted by a soft smile, a sharp intellect and a truly caring spirit who will be truly missed by so many.
Our sincerest prayers go out to his family and friends.

RIP.. What was his cause of death?

I met Shamek at Calgary Cares 2000…we were both modeling and we became instant friends. We also both moved to Toronto same year in 2004. He was an inspiration and just an amazing man. He will be missed greatly. My thoughts are with his family in this time of need.