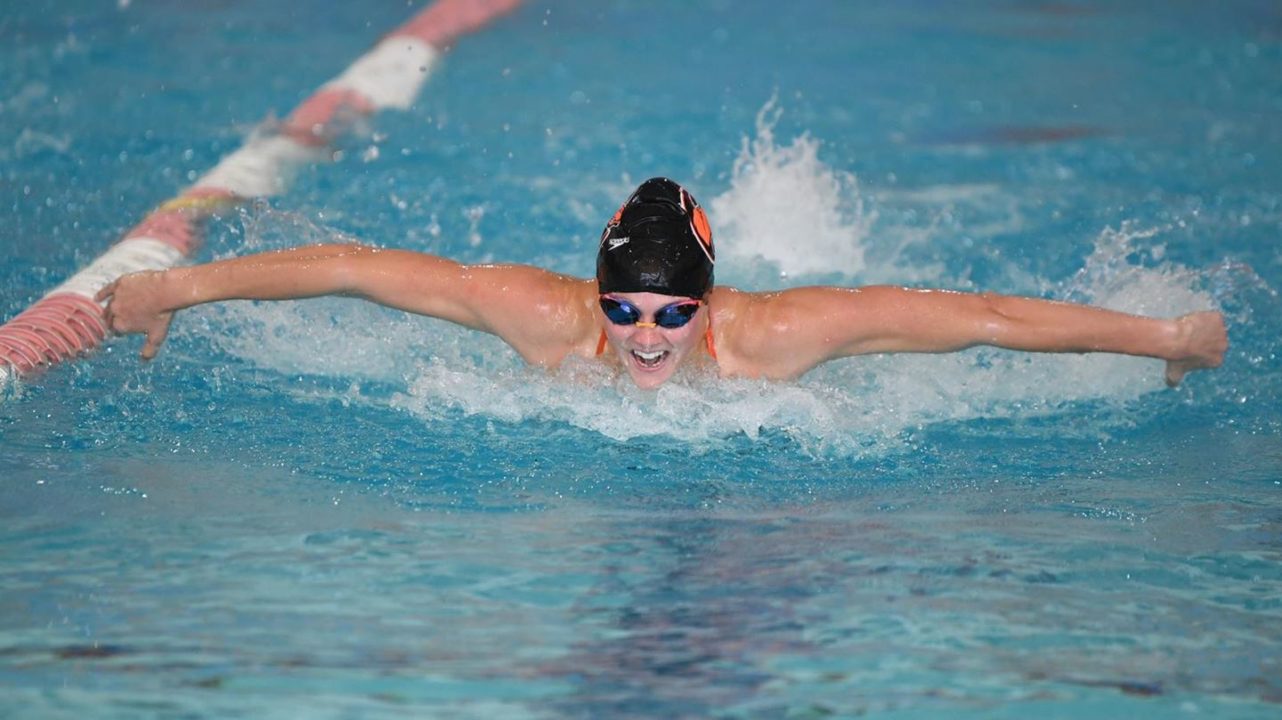 Campbell ended the meet with another win, taking top honors in the 200-free relay with a time of 1:37.41 swam by Sanchez, Renshaw, Baiotto and Wilson.

Next weekend, Campbell will travel to Greenville, N.C., for a quad-meet that features Lenoir-Rhyne, Catawba College and the host East Carolina Pirates. The meet between the four North Carolina swim programs is set to begin at 1 p.m. inside ECU’s Minges Natatorium.

The Bulldogs claimed four points in the very first event of the day, the 400 medley. UNC Asheville Relay A consisting of Nora Segurola Larrinaga, Christina Marshall, Catherine Allen and Bela Stuart Vieira finished in second place with a time of 4:02.72. That time was only three seconds off the first place team.

Jessie Frank and Segurola Larrinaga claimed top five finishes in the 200 freestyle with times of 2:00.75 and 2:00.81, respectively.

Delaney Carlton took a third place finish in 50 freestyle with a time of 24.68.

Stuart Vieira and Weller both finished with top five finishes in the 100 freestyle with times of 54.57 and 54.72. Frank and Delaney were right on their heels with sixth and seventh place finishes with times of 55.01 and 55.66.

Catherine Allen took a second place finish in the 500 freestyle with a time of 5:19.13.

The Bulldogs finished the meet with a second place finish in the 200 freestyle relay. UNC Asheville Relay A consisting of Nora Segurola Larrinaga, Hannah Bruno, Adee Weller and Delaney Carlton completed a time of 1:40.27.

The Bulldogs will be back in action October 25-26 when they take on the Liberty Flames in Lynchburg, Va.