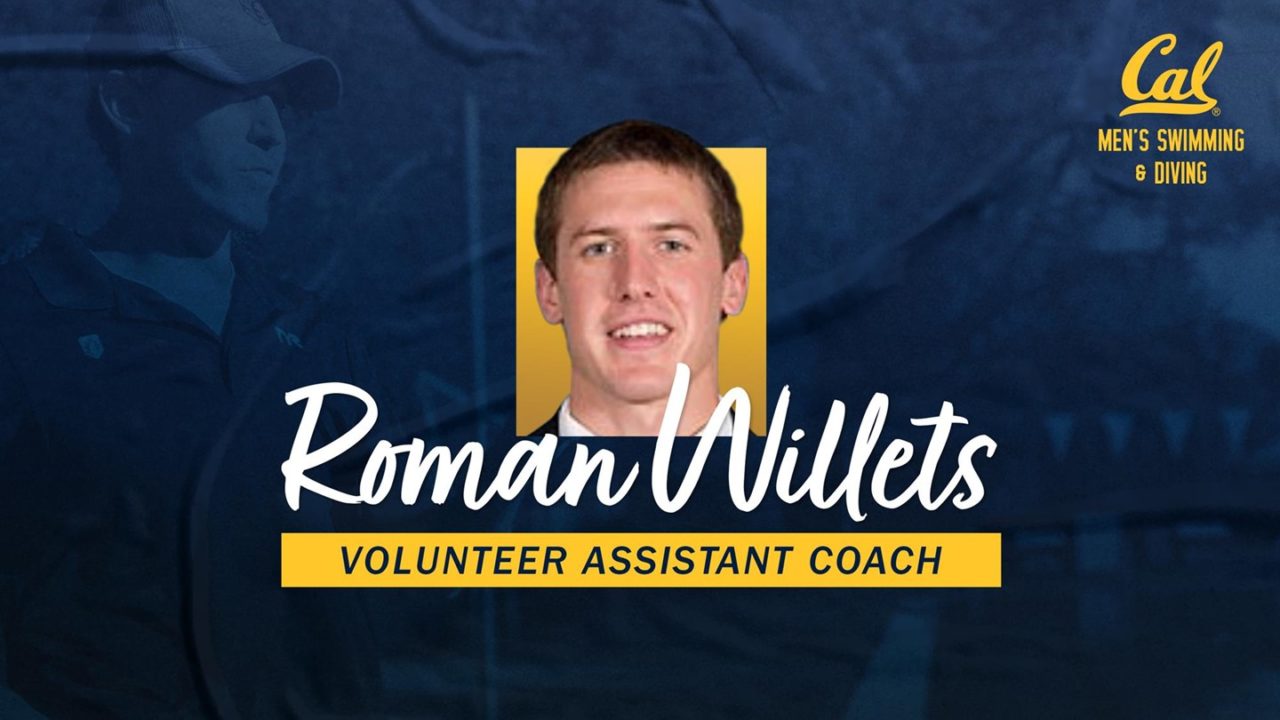 The Cal men have added Roman Willets to their coaching staff, bringing on the area club coach and Michigan alum as a volunteer assistant. Current photo via Cal Athletics

The Cal men have added Roman Willets to their coaching staff, bringing on the area club coach and Michigan alum as a volunteer assistant.

Former volunteer assistant Kevin Rapien made the leap to USC as a full-time, paid assistant on the new coaching staff there this offseason. Willets fills Rapien’s old role with Cal, rounding out their coaching staff along with head coach Dave Durden, assistant coach Chase Kreitler and diving coach Derek Starks.

“We’ve been fortunate over the last 12 months to have had a great volunteer coach in Kevin and I’m thrilled to see him earn a full-time position on Jeremy Kipp’s staff at USC,” Durden said in Cal’s press release. “With that loss, we’re excited to welcome Roman into our program. He has such a great collection of experiences with his pedigree, his background and the coaches he’s swam for and worked with. I’m looking forward to having him not only impact our college program, but our post-grad group as we prepare for the 2020-21 season, U.S. Olympic Trials and the Olympic Games in Tokyo.”

Willets is a coach with the Ladera Oaks Swim Club out of Portolo Valley, California, focusing on the team’s dryland program. He’s previously coached with the Bay Club Company, and was a triathlon coach at the University of San Francisco.

As a swimmer, Willets was a four-year letterwinner and captain for the University of Michigan. In fact, he was a captain in 2013 on the Wolverine team that beat Cal for the NCAA title. Willets’ Michigan team that year was the last team outside of Cal or Texas to win an NCAA men’s title.

Congratulations, Roman. You stayed with us in Charlotte for the Ultraswim a couple of years. I wish you the best of luck in your coaching career.