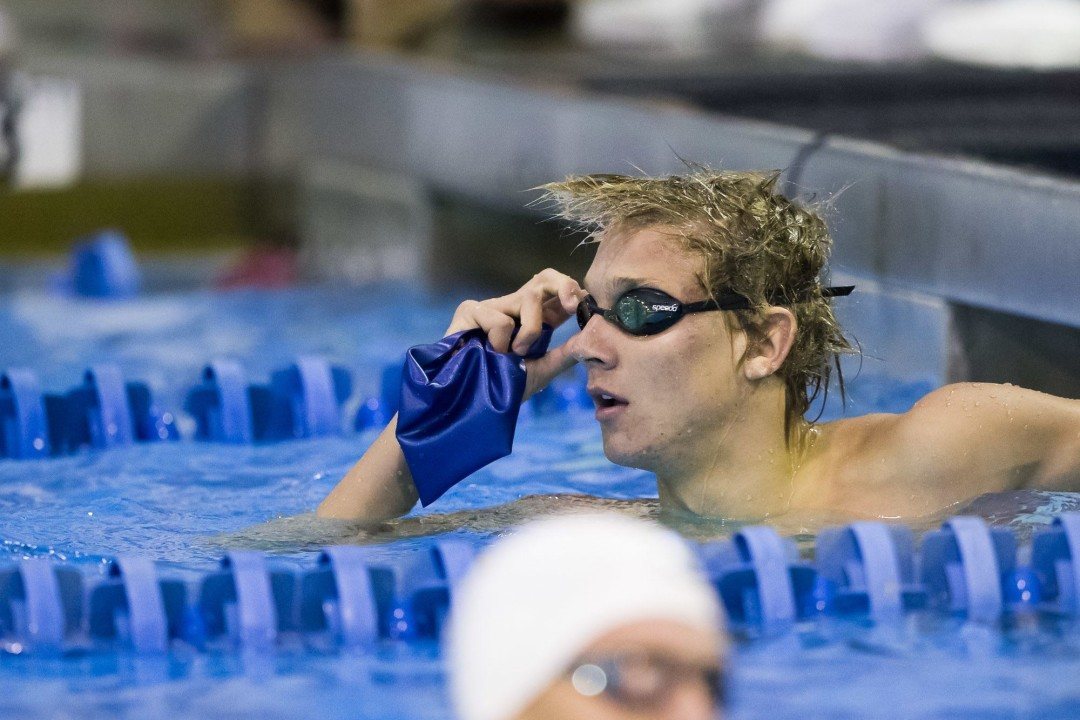 While Florida freshman Caeleb Dressel didn’t need a last chance swim to qualify for the NCAA Championships (his 50 free, 100 free, and 100 fly already easily put him there), he took advantage of the fact that his team was hosting the meet to try the 200 IM: an event that he hinted was one he’d like to make some effort on in college.

Dressel swam a 1:43.86, which ranks him 15th in the country so far this season. Taking into consideration that it was a low-key last chance meet, without any real competition for him, that’s a solid swim – but not likely enough to convince Florida head coach Gregg Troy to change his event lineup for this season at least.

For some comparison of splits, we can line him up against Texas’ Will Licon, who currently leads the nation, and Texas’ Joseph Schooling, who is Dressel’s former high school teammate, and look at some splits:

What those splits reveal is that it’s the backstroke that is really Dressel’s weakness in the IM rather than the breaststroke that one might expect. Note that Licon is a fantastic breaststroke as its own event, but neither Schooling nor Licon is really a star in backstroke, and that’s where their splits were really distanced from Dressel’s.

Among the other interesting times on Friday night at the Florida Last Chance Meet:

Bobo- he won’t be swimming this at NCAAs. It’s just a race. He and Hinds were probably providing teammates with some competitions… nothing more. It’s a good old dive set for practice.

He won’t ever swim this at NCAAs. He’s a speed demon. He’s gonna swim the 50 and 100 every year. That third event may change to 5 relays or something but probably will be the 100 fly all 4 years.

He’s great at the IM. He’s world class at the other 3.

would love to see what he does towards the summer . Love that swimmer