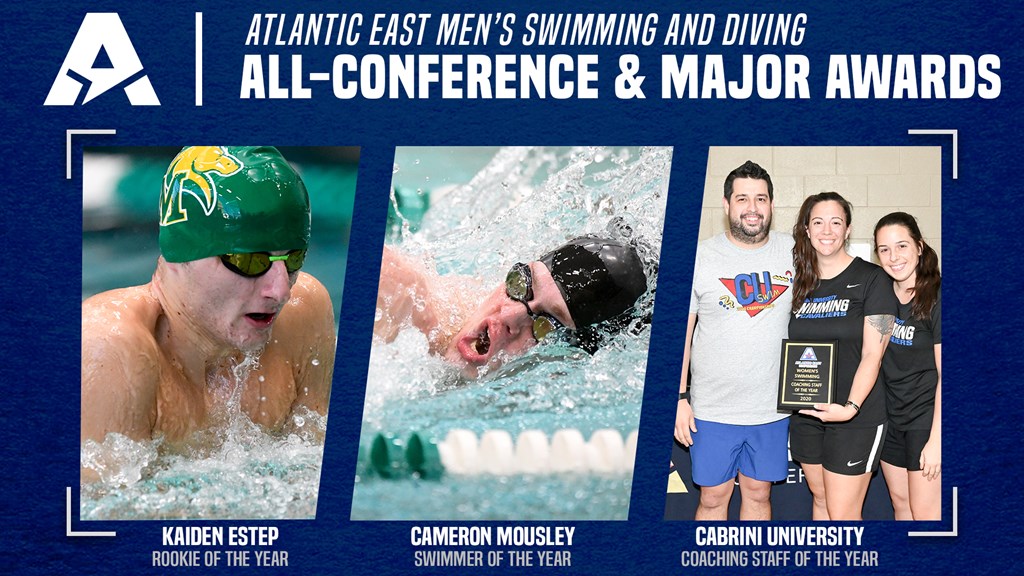 LANCASTER, Pa. – The Atlantic East Conference wrapped up the second year of the Swimming and Diving Championships over the weekend at Marywood University, handing out awards in 18 events before finishing out the three-day championship with the season’s major awards.

Headlining the All-Conference teams was Cabrini University’s Cameron Mousley, who reeled in six gold medals in freestyle events and relays to be deemed Men’s Swimmer of the Year for the second-straight season. In his individual events, he defended all three of his 2019 victories in the 200, 500 and 1650 freestyle events. Additionally, in the 500 and 1650 frees, he broke his own conference championship records.

He was joined in the major awards with Marywood University’s Kaiden Estep, who was named the Men’s Rookie of the Year. The freshman had a great weekend including earning the men’s first-ever championship in swimming for the Pacers’ when he won the 100 breaststroke on Saturday night. He added a second-place finish in the 200 breaststroke and joined his teammates in a second-place finish in the 800 freestyle relay.

For the full list of awards and All-Conference teams, check out below…