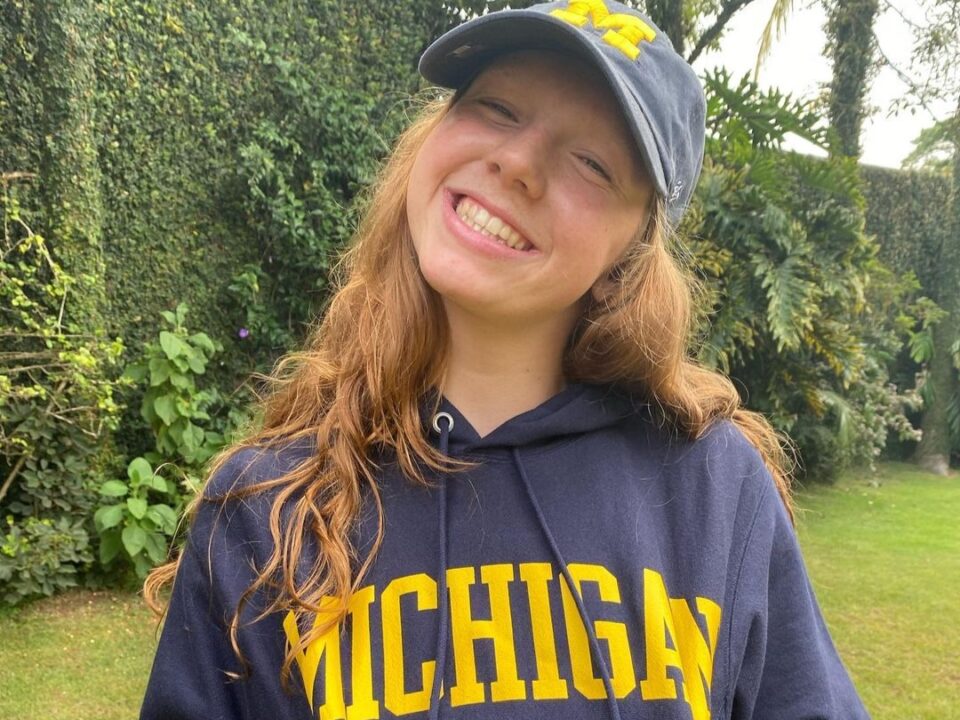 Stephanie Balduccini became the first Brazilian to go sub-54 in the women’s 4x100 freestyle relay during her team's 6th-place finish on Saturday.

Stephanie Balduccini became the first Brazilian to go sub-54 in the women’s 4×100 freestyle relay while leading her country to a 6th-place finish with a 53.97 split at Saturday’s World Championships in Budapest, Hungary.

Balduccini’s time was faster than the Brazilian record in the 100 free, Larissa Oliveira’s 54.03 from 2016. A 17-year-old Michigan commit, Balduccini took .09 seconds off her anchor leg from last summer’s Tokyo Olympics, where she was the quickest on a quartet that placed 12th. At 16, she was the youngest Brazilian Olympian in 41 years.

Balduccini’s Worlds debut was the biggest milestone so far in what’s been a huge year so far. In April, she clocked a massive personal best of 1:57.77 to win the women’s 200 free at the Brazil Trophy. Then last month, she picked up 11 medals – seven individual, four relay, and four gold – at the South American Youth Games. Don’t be surprised if Balduccini also makes a splash in the 200 free on Tuesday.

16-year-old Chinese phenom Cheng Yujie (53.18) was the only swimmer younger than Balduccini who dipped under the 54-second mark in Saturday’s 4×100 free relay.

24-year-old teammate Giovanna Diamante wasn’t far behind Balduccini with a 54.09. Together, the middle two legs of the relay helped hold off Hungary and Netherlands, which were both within a tenth of a second. Brazil finished less than a second off the national record of 3:37.39 from 2015 Pan American Games.

Brazil’s 6th-place result marked the first time that the country’s women placed higher than the men (7th place) at Worlds.

Balduccini is in a position to become the best Brazilian swimmer of all time. 17 years old and is about to break the South American records for the 100 and 200 meters freestyle. If she evolves continuously, in 4 years Brazil will be able to have its first medalist in Worlds and Olympics (in Olympic events, let’s ignore Etiene Medeiros who won medals in the 50m backstroke).

Another gold medal for the SS editing team