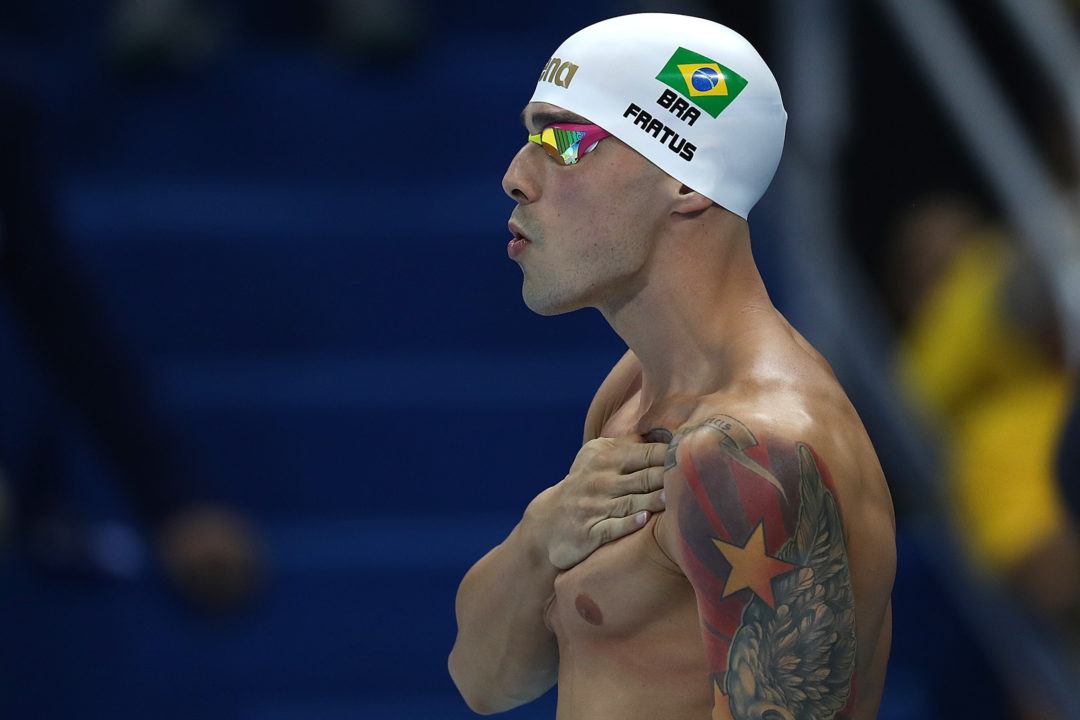 The meet will take place March 7-10 in Plantation – convenient, as Fratus is reportedly back training under Brett Hawke in Coral Springs, Florida. After that, Fratus will at least swim all three stops of the 2019 FINA Champions Series, which begin April 27 in Guangzhou, China. He’ll then race in Budapest May 11-12, and then Indianapolis May 31-June 1.

Fratus underwent the second surgery of his career in September 2018, writing at the time that “The road to success is rarely a straight line.” The Auburn alum was forced to withdraw from the 2018 Pan Pacific Championships due to his injury.

The Champions Series is a long course, 3-leg competition with athletes participating on an invite-only basis, and will include a team scoring format. It was announced in December amid FINA’s attempt to block the International Swim League, which has a similar format.

Fratus did not medal in front of his home crowd at the Rio 2016 Olympics, but took silver in the 50 free at the 2017 FINA World Championships, and thus will presumably race the 50 in Budapest, Guangzhou, and Indianapolis.

The competition as a whole will lack distance events, with each meet including timed finals of just 50, 100, and 200m races in freestyle, backstroke, breaststroke, and butterfly, as well as a 400 free and a 200 IM. FINA will award nearly $4 million in prize money across the series, making it the richest swimming event in the organization’s history. It will also cover athletes’ travel costs and provide them with appearance money.

This selection procedure “by invitation” is very tricky and is political from the beginning. Only 37 swimmers on female side. Some swimmers may despise FINA and are not going to participate in this tournament anyway, but can get upset for not being invited. Like they are not good enough. The invitation criteria announced by FINA are vague and are covering more than 37 swimmers. So not being chosen to be invited may hurt someone’s ego.
The reason of having such ambiguous criteria is clear. There could be rejections for any reasons: health, political, schedule, training, traveling, personal etc. Then FINA will initiate another rounds of invitations to have a quorum. At this point FINA doesn’t have an option to… Read more »