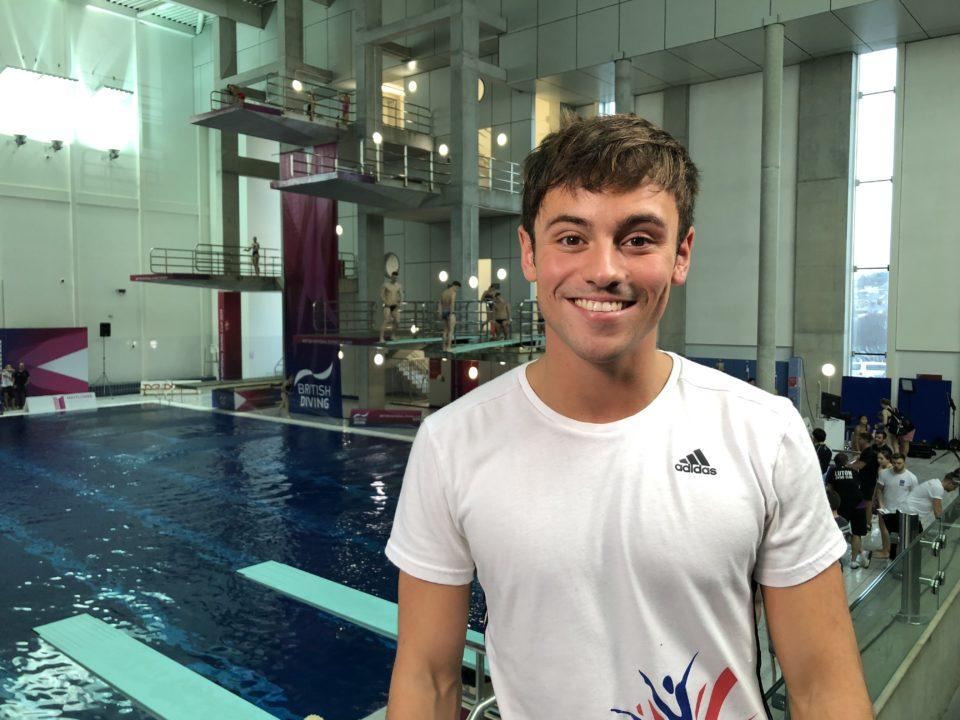 The biggest and best names in Diving have arrived in Plymouth for the 2019 edition of the British National Diving Cup. Current photo via British Swimming

Cox served as the Assistant Diving coach at the U of Nebraska and the head coach for Nebraska Aquatics diving for 4 years.

The biggest and best names in Diving have arrived in Plymouth for the 2019 edition of the British National Diving Cup.

With the likes of Olympic champion Jack Laugher, double world champion Tom Daley and European champion Grace Reid all set to take to the boards.

The Life Centre, in Britain’s Ocean City, will play host to three days of elite level diving action, as athlete’s contest both domestic honors and begin their bids for selection to international teams throughout 2019.

The event will also see competition debuts for two new top-level synchro partnerships; Tom Daley and Matty Lee in the 10m Synchro, and Jack Laugher and Dan Goodfellow in the 3m Synchro. Daley and Lee will execute their full competition list for the first time at a senior national event.

“It’s a bit surreal to come back here to Plymouth; this is where I’m from and home up until 2012 and since then so much has changed. So it’s really nice to come back and dive in front of my family and friends.

“To see the change in numbers and the growth in participation of these [diving] events is so amazing, I feel like a proud parent to see how diving has blossomed in the UK.”

London-based Reid faces a busy schedule at the National Cup, lining up in the 1m, 3m and 3m Synchro events, and she’ll be hoping to continue her strong form after a highly successful 2018 that featured Commonwealth and European titles.

Other nations will join the action in Plymouth, with divers from Jamaica, Singapore and Spain set to compete.

BBC Sport are confirmed to carry all of the final sessions across their digital platforms including the iPlayer and mobile app.

The opening session of the British National Diving Cup starts at 10am Friday 1st February with the Men’s and Women’s 1m Prelims.

Watch every session of the event here, and view start lists and results here.