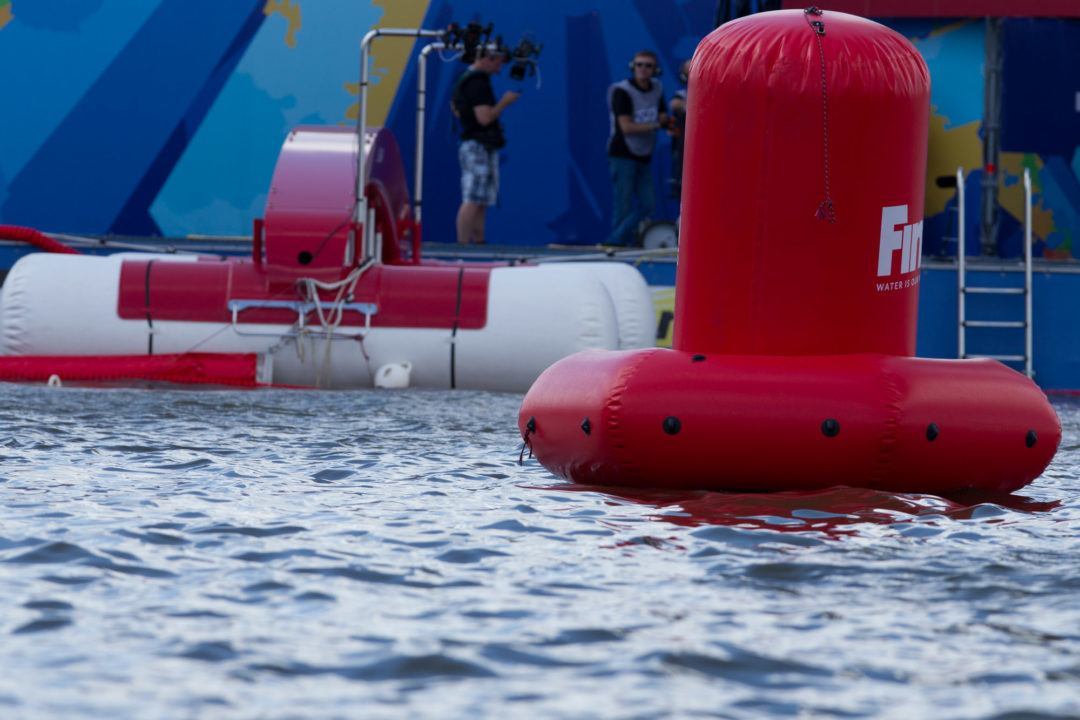 The 2017 FINA/HOSA 10k Marathon Swimming World Cup wrapped up over the weekend, with the final of 7 stops having taken place in Hong Kong on Saturday, October 21st. Stock photo via Tim Binning/TheSwimPictures.com

The 2017 FINA/HOSA 10k Marathon Swimming World Cup wrapped up over the weekend, with the final of 7 stops having taken place in Hong Kong on Saturday, October 21st.

Germany’s Rob Muffels was the Hong Kong men’s winner, touching in 1:53:10.4, with Olympic and World Champion Ferry Weertman of Netherlands right behind in 1:53:11.1. Brazil’s Allan do Carmo rounded out the podium with another close time of 1:53:11.2.

Finishing 7th in the race was Italy’s Simone Ruffino, who had collected enough points along the tour to win the overall World Cup with 85 points. Do Carmo and Italy’s Federico Vanelli were tied for runner-up with 78 points apiece.

The gold sealed Bridi’s overall World Cup title, which the Italian earned with 124 points. Cunha placed 2nd in the overall standings with 102 points, followed by Italy’s Rachele Bruni with 98 points.