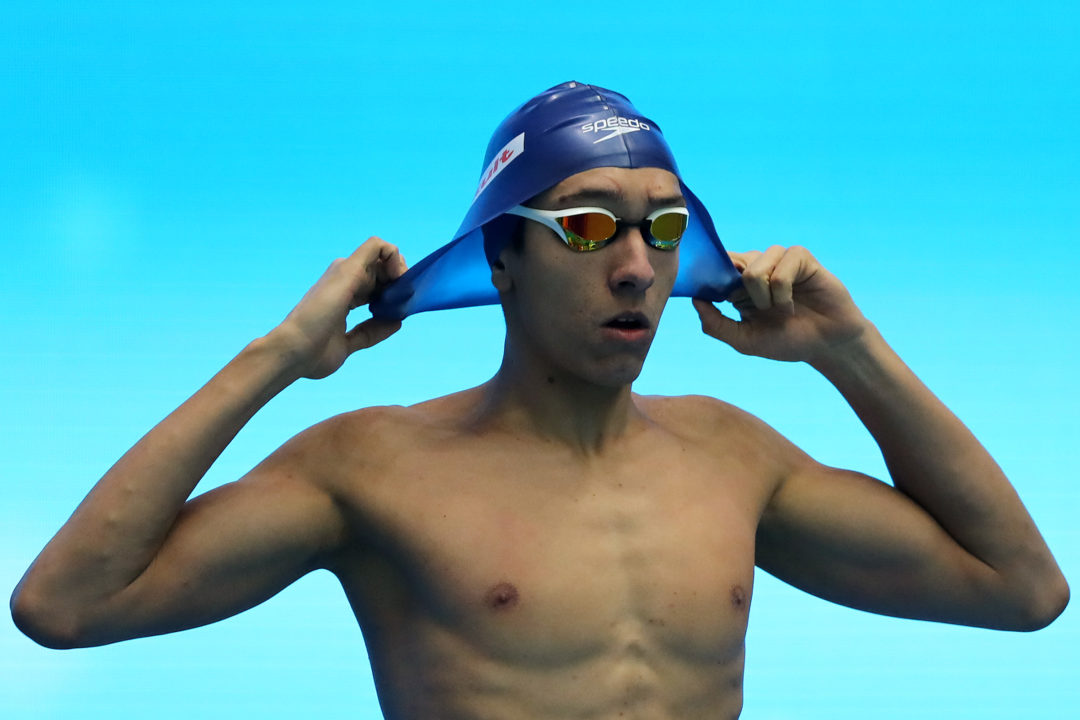 Racing at what can best be described as a simple 'training meet' in Sao Paulo, Breno Correia undercut his lifetime best in the 200 free for the 2nd time in 2 weeks. Archive photo via Satiro Sodre/SS Press

Swimming on Saturday in a local single-session regional meet on Saturday morning, Brazilian 20-year old Breno Correia swam a 1:47.06 in the men’s 200 free. That time jumps Correia to 7th in the World Rankings this season,

This marks the 2nd-straight week in which Correia has swum a new lifetime best in the event, after posting a 1:47.83 to win at the Pro Swim Series meet in Des Moines last week. Correia was out half-a-second faster on Saturday than he was in Des Moines (52.0 vs. 52.5) and was still able to hold on to close faster as well (55.0).

Brazil, long known for its sprinters, has undergone an explosion in its men’s 200 freestyle group in the last 12 months. After demolishing the World Record in the 800 free relay in December, the Brazilians now have 3 swimmers ranked in the top 13 in the world this season. Beside Correia, Fernando Scheffer ranks 1st in 1:45.51, and Luiz Melo ranks 13th in 1:47.96. Combined with Joao de Lucca’s 1:49.12, Brazil’s aggregate season-bests add up to 7:09.65 in the 800 free relay. Not only is that .06 seconds under Brazil’s (rubber-suited) National Record from 2009, it would have placed 6th in the 800 free relay at the 2017 World Championships. That’s without accounting for relay exchanges or the fact that Brazil hasn’t raced their national championship meet yet this season. De Lucca has been 1:46, and if he can recapture that form this summer, and his young teammates can continue their meteoric rises, then the Brazilians are in medal contention  in this 800 free relay.

Altamir also has a pb on the 1:46 range
Apart from the them there is 16 year old sartori, Leo santos and I want to see lanza and pumputis on lcm

Both he and Wilby swam much faster the week after Iowa. Even with the big travel, they stepped it up