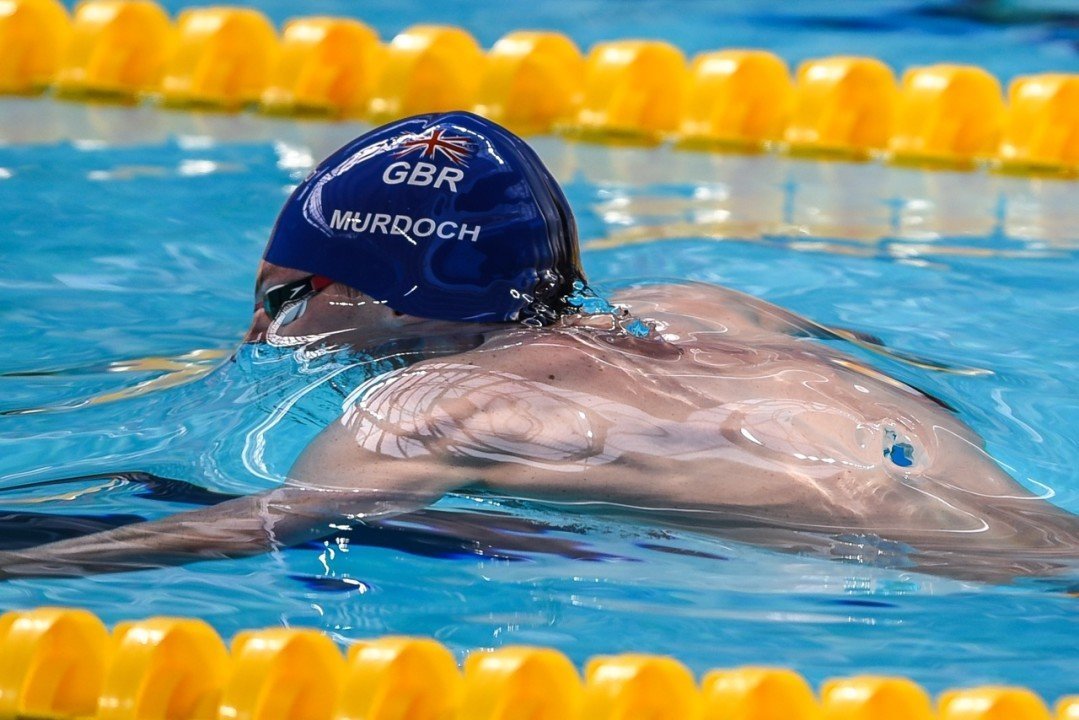 The British program is rebounding better than anyone would have expected after winning only three medals at the 2012 Olympic... Current photo via Peter Sukenik/www.petersukenik.com

Gregorio Paltrinieri and Lorenzo Galossi Won Gold and Bronze at the European Championships, marking the 8th straight Championships in which Italy has medaled.

Despite being a lesser-known name coming into the championships, Dutchwoman Marrit Steenbergen had a standout performance in Rome.

The British program is rebounding better than anyone would have expected after winning only three medals at the 2012 Olympic Games. Since then, the team has come alive and that has been spear-headed by their talented men’s breaststroke group.

This year, the British squad finished fourth as a nation and won a total of 9 medals (5 Gold, 1 Silver, 3 Bronze). Adam Peaty burst onto the scene over the last two years and now holds two of the three long course meter world records and nearly won swimmer of the meet at the recent FINA World Championships in Kazan. Individually, he won two gold medals and another as a member of the mixed medley relay. Additionally, his teammate, Ross Murdoch also found himself on the podium of the 100 breaststroke, winning the bronze medal.

The breaststrokers earned nearly half of the team’s medals this year in Kazan, but the craziest part is that this is only a fraction of British Swimming’s breaststroke group was on their World Championship Team. The 2014-2015 World Rankings reveal that they had four swimmers with times in the top 25 in the world in the 100 breaststroke and five in the 200 breaststroke.

The British squad looked dramatically different this year than they did in 2012, and now they have the momentum from the World Championships behind them as they head into the 2016 Olympics. If you thought the bar was raised this year, it is only going to get faster as the team heads into Rio. The British trials is setting up to be one of the most competitive breaststroke races of the year.

With as much talent as they have right now, I expect that the British breaststrokers will be the ones to beat in Rio next year.

I would like to know who are they coaches staff or Just a name of the responsable of that.

Jazz Carlin also medaled in the 800 free. I think after a disappointing 2012 she will be hungry for a medal in Rio.

Fair point ! She IS the only other clear medal contender on the GBR women’s side beyond SMOC (200IM). Not as sure a bet, given the competition for minors between her, Boyle, Ashwood & Friis …. and maybe a returning Belmonte but a legitimate one nonetheless.

Whilst there’s a good deal of truth in this article; it fails to take a wider view.

GBR, most certainly, had a very successful Worlds in Kazan and they CAN have some confidence that many of their medals look quite solid looking forward to Rio … even if the colour of all bar (probably) Peaty’s 100BRS may be open to speculation.

However, a wider view of GBR Swimming would show that they have a fairly narrow range of events where they have both quality & depth; namely M BRS (where they must be acknowledged as a major power) then quality in 200/400FS with Guy being the standard-bearer. Whether they can match their Kazan M4X200 victory in Rio is open to… Read more »

Add in Michael Jamieson and you might have a situation where it’s harder to make the British team than it is to medal at the Olympics. (The American men have had that situation in the backstroke before).

Well I guess, but I think Britain will be strong in rio, alot stronger then Kazan, since they don’t have a 50 Breast I’m curious to see what peaty does in the 100 and 200.

If you wanna compare population as a factor why don’t you consider Australia? 22 million and pretty too class swimmers 😛

If you really want to scale up by population, Alia Atkinson (Jamaica)’s 100 breast is the equivalent of the US having 150 women in the top 25.