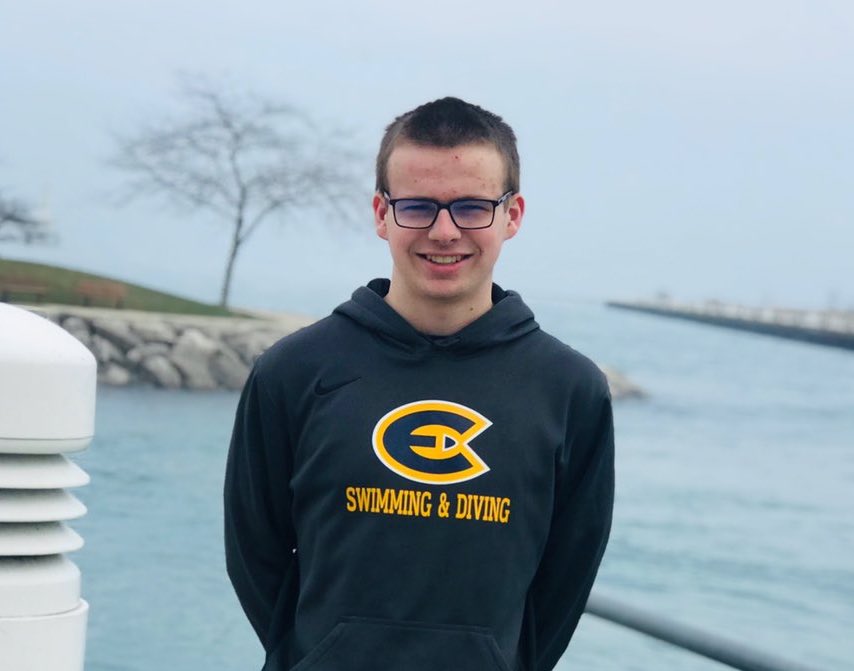 Wisconsin Short Course Championships finalist Ben Keller has decided to swim for the UW-Eau Claire beginning in the fall of 2020. Current photo via Ozaukee Auatics

Ben Keller of Cedarburg, WI will remain in-state with his decision to swim for the University of Wisconsin at Eau Claire beginning in the fall of 2020. His club team, Ozaukee Aquatics, congratulated him with an announcement on their Twitter page:

Congrats to Benjamin Keller on his decision to swim for UW Eau Claire next year! Go Bluegold!! @swimswamnews @SwimmingWorld pic.twitter.com/I3OYuxP6sg

During the high school season, Keller swims for Cedarburg High School. He competed at his final high school meet in February. He swam the 100 fly, 100 breast, and 2 relays at the 2020 WIAA Boys Division 2 State Meet. Cedarburg opened the meet with a 4th place finish in the 200-medley relay. Louis Henderson led off on back, Charlie Gwidt swam breast, Isaac Fleig swam free, and Keller anchored the relay. Keller tried to overtake MacFarland High School at the very end, but he came up short by 0.02 seconds. He later earned another 4th place finish in the 100 fly, dropping 1.4 seconds from his seed time to go a 52.17. He led off Cedarburg’s 200 free relay (22.73), followed by Gwidt, Cody Asplin, and Matt Dedering. The senior ended his meet with a 7th place finish in the 100 breast, touching the wall at 1:00.75.

The University of Wisconsin at Eau Claire was the runner-up at the 2020 Wisconsin Intercollegiate Athletic Conference Championships behind the University of Wisconsin at Stevens Point. UW-Eau Claire will be graduating Collin Miller, who has won 11 individual conference titles throughout his college career. In 2019, Miller earned a gold and two bronze medals at the NCAA DIII championships. Once Miller graduates, Keller will be Eau Claire’s third-fastest 100 breaststroker behind Jack Poppitz and Tom Stiegel. He will be their fourth-fastest 200 breaststroker behind Poppitz, Stiegel, and Michael Bylander. Finally, he will be their second-fastest 200 IMer behind Bylander. When he joins in the fall, Keller will be joining Ian Olson as a member of the class of 2024.