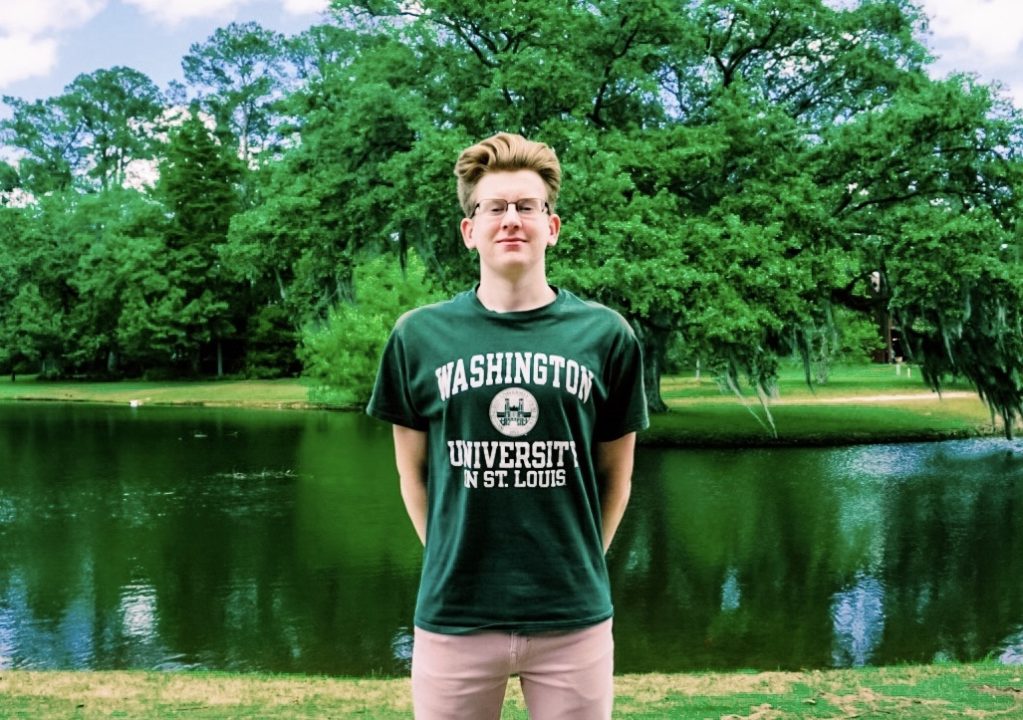 Washington University in St. Louis has picked up breaststroke and IM specialist Matthew Larsen as a member of the class of 2024. Current photo via Matthew Larsen

Matthew Larsen of New Orleans, LA has announced his decision to swim at Division III Washington University in St. Louis.

He shared the news by saying, “I am excited to continue my academic and swimming career at Washington University in St. Louis! I chose WashU for its unparalleled academics and sense of community, and I look forward to making a positive contribution to the swim team. I am grateful to my family, friends, and swim coaches for all of their support during this process.”

Ross Hedrick, head coach at Nu Wave Swim Club added, “Matthew has always been a focused, hard-working student-athlete. His efforts were shown in both his academic success and his continued improvement in the pool. His relentless pursuit of improvement even spilled over into his correction of teammates, especially their grammar and word choices.”

Larsen swims year-round for Nu Wave Swim Cub. He recently competed at the Louisiana Senior Short Course State Championships. He swam the 50 free, 100 and 200 breast, 100 fly, and 200 and 400 IM, making it back in each event. Larsen was entered in the 100 fly with a time of 54.68. He went a 52.82 in prelims and he finished 14th overall in finals. He dropped nearly 8 seconds in the prelims heats of the 400 IM. He was entered in the meet with a time of 4:12.34 and by the end of prelims, he was seeded first with a time of 4:04.44. Similarly, he dropped 2.37 seconds in the 200 breast. He went into finals already having taken of 0.99 seconds from his time, placing him third. He brought it home strong enough to come from behind and out-touch Patrick Murphy of Crawfish Aquatics for the silver medal (2:08.55). Larsen earned cuts for Futures Championships in both the 200 breast and the 400 IM.

In November, Larsen competed at his final meet as a member of Mandeville High School’s swim team. The senior qualified for the Louisiana Division I State Swim Meet in the 200 IM and the 100 breast. He was runner-up in the 200 IM behind Jesuit High School’s Philip Endom. He was placed second going into finals and earned the silver medal by finishing 1.1 seconds ahead of bronze medalist Austin Peak of St. Pauls School. Larsen finished 4th in the 100 breast, falling one spot from his prelims seed. He also participated on two of his school’s relays. He swam the butterfly leg of the 200-medley relay that placed 5th, splitting a time of 24.15. The Mandeville men placed 7th in the 400-free relay, with Larsen anchoring with a time of 49.76.