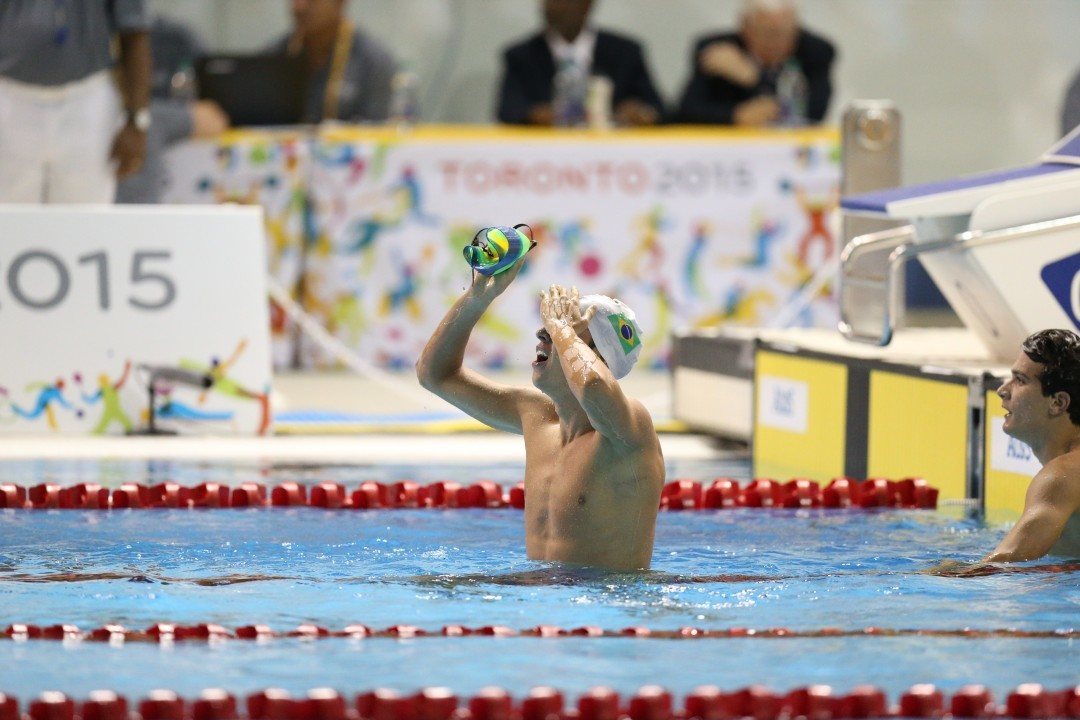 The CBDA, the Brazilian Confederation of Aquatic Sports, has set its team for the South American Swimming Championships, which will take place March 28th through April 4th in Asuncion, Paraguay.

Presumably, those athletes declined the offer in order to train and taper for the Maria Lenk Trophy, the second and final chance for Brazilian athletes to qualify for Olympic Trials. (Click here for a breakdown of the Brazilian swimmers who made, and didn’t make, Olympic cuts at the 2015 Brazilian Open.)

The team still has until February 1st to accept or decline their invitations, so the start list is still a bit flexible.

The full team lists are below:

We might see many more swimmers giving up as the meet is close to Maria Lenk, at least those who are not guaranteed to OG or does not have A Cut (Brandonn on 1500m free, Etiene on 100 back)..