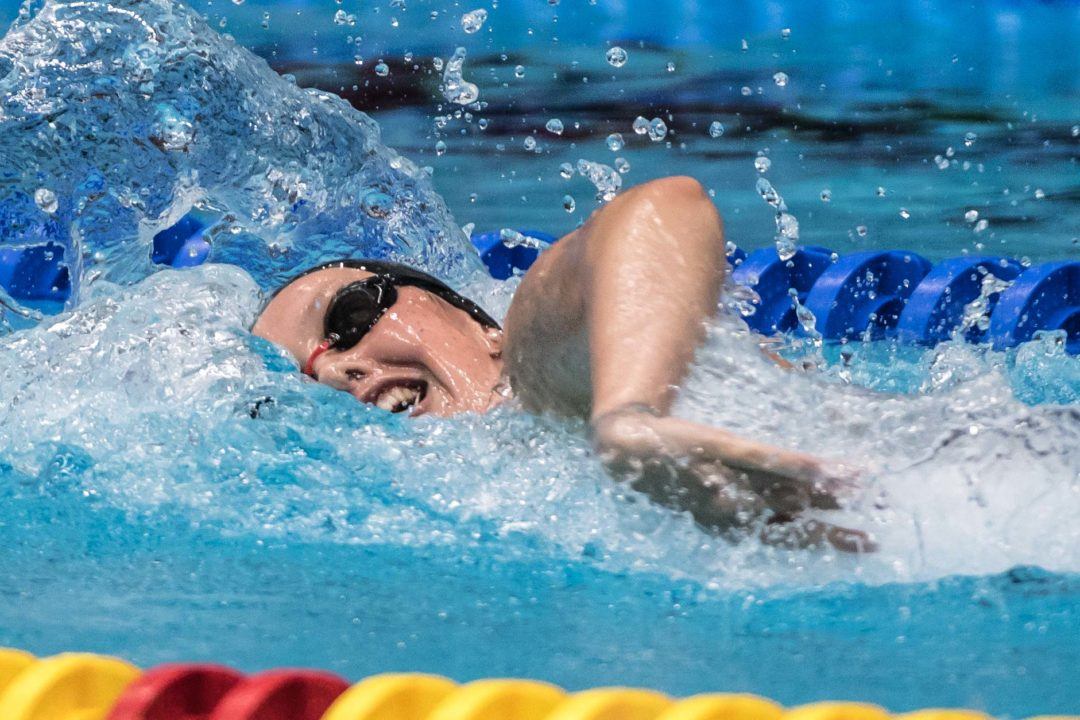 Leah Braswell of the York YMCA smashed the national record in the 400 IM and helped pull her team within 2 points of the scoring battle at the end of Wednesday. Archive photo via Mike Lewis/Ola Vista Photography

Three YMCA Long Course National Records were broken in finals on Wednesday, the 3rd day of the 2017 championships as uber-competitive team battles shaped up in both the boys’ and girls’ meets.

The first record came in the women’s 50 breaststroke, where 17-year old Michiana YMCA swimmer Madison Blakesley swam a 32.54 to sneak under Olivia Ontjes‘ 2014 record of 32.62. Blakesley’s time was more than a full-second drop from her swim at last year’s championship, where a 33.67 was good for 3rd place. A true sprinter, Blakesley was only 62nd in the 200 breaststroke earlier this week.

That win was part of a 75-point day for the York County women, which helped them close a 23-point gap after Tuesday to just a 1 point deficit to the Cheshire YMCA after Wednesday. The top 5 teams are separated by only 37 points.

The men’s pool have a similarly-competitive team battle building. The Lakeland Hills Family YMCA has just a 2 point lead over the Powel Crosley Jr YMCA team, and the top 5 are separated by only 38 points. Neither team won an event on the day, but Lakeland Hills made up a ton of ground when their 200 medley relay finished 2nd in 1:46.39 behind only Somerset Hills’ 1:46.01 winning time. Power Crosley had the 3rd-fastest time of the finals session overall, but a morning stumble left them in the B final, which effectively cost them 14 points.

Of note in that men’s medley, 14-year old Somerset Hills swimmer Jack Alexy split 26.88 on the backstroke. He was the youngest swimmer (on any leg) of the entire field in that race, and still was the only sub-27 backstroker.