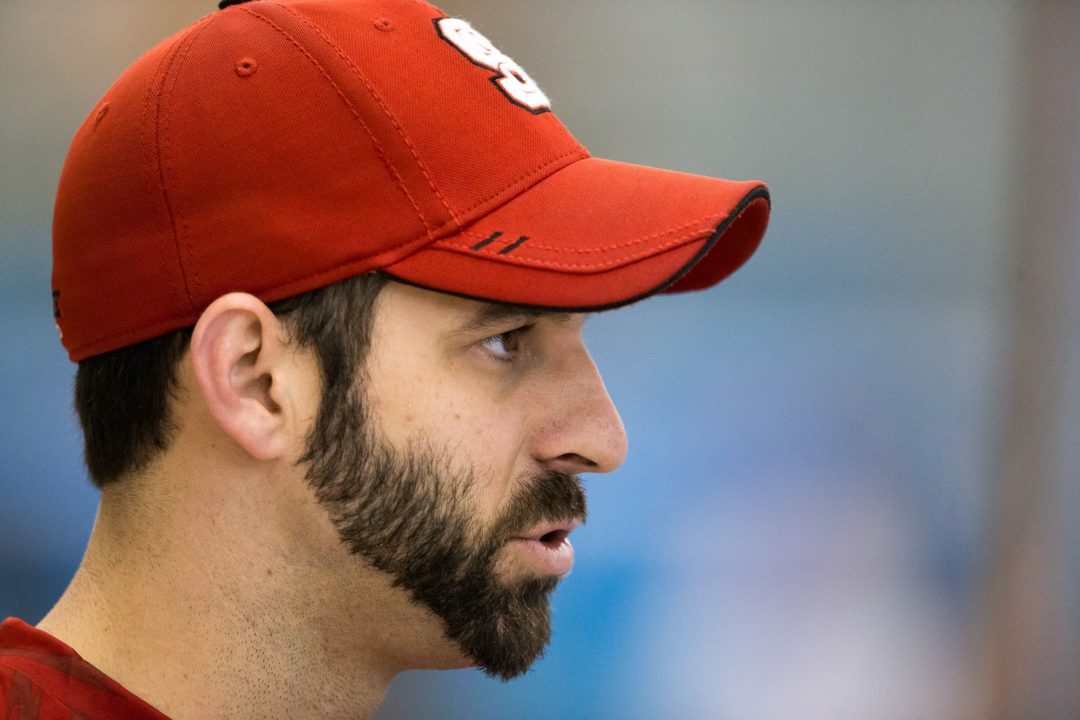 Holloway spoke at this week's ASCA convention, and even though he is one of the younger coaches speaking at the conference, is revered as one of the most insightful for his successes at NC State. Current photo via Tim Binning/TheSwimPictures.com

Braden Holloway is coming off of a massively successful summer of 2017. In addition to being on the coaching staff for the world university games in Taipai, 4 products of NC State (Ryan Held, Justin Ress, Hannah Moore, and Alexia Zevnik) all earned medals at the games.

Justin Ress was the breakout star of the Universiade, winning the 100 back (while finishing within two one-hundredths of his season-best which sits #8 worldwide), 400 medley relay and 400 free relay while taking silver in the 50 backstroke.

Canada’s Alexia Zevnik was another relay hero, coming up with a huge 54.10 anchor job on the 400 free relay to give Canada its only gold medal of the meet. Zevnik also took silver in the 200 back in 2:09.92.

Holloway spoke at this week’s ASCA convention, and even though he is one of the younger coaches speaking at the conference, he’s revered as one of the most insightful for his successes at NC State.

this guy is a pimp

I meant it in the best way. As in “he is the man.” Get with the program.

Excuse me but my lingo crazy. See these diamonds? Ain’t none of them fugayze

What a class act!

Biggest takeaway of the summer for Holloway would be UVa stealing Desorbo.

They will be just fine

Programs have been trying to steal him for years. He had 9 offers last year