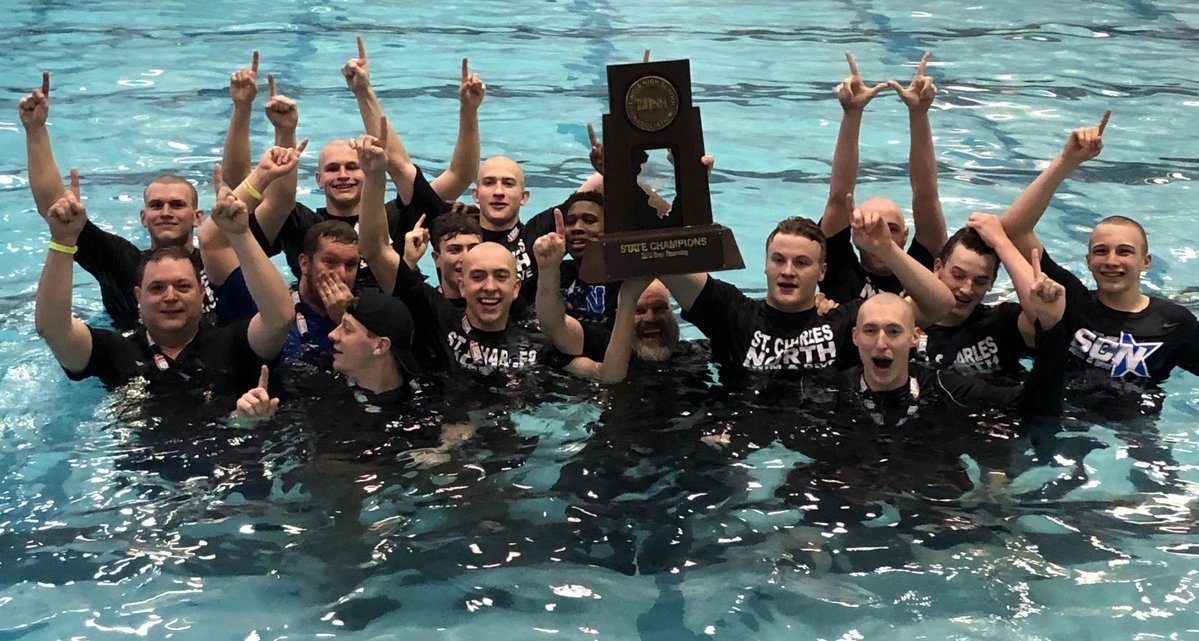 The Oswego Co-op won the combined team scores, which combines the traditional meet scoring with points scored from the athletes with disabilities division.

Stevenson’s Topher Stensby, committed to Notre Dame, swam the 3rd-fastest 50 free time in IHSA history. In prelims, Stensby swam a 19.93, which surpassed Matt Grevers’ 2003 mark of 19.94. Stensby now sits behind Connor Black (19.80) and record-holder Ryan Held (19.76). Stensby went on to maintain his top spot and take his 3rd-consecutive title in the event (20.04).

I think it’s time to give Luke Maurer a highlighted name.

Congrats to the old to alma mater.

SCN, NVHS, and WVHS all in the same conference!

SCN is not in the same conference as NV & WV. However NV & WV are sister schools and down the street from eachother.

Ahh they used to be. Looks like they both left the upstate eight conference relatively recently