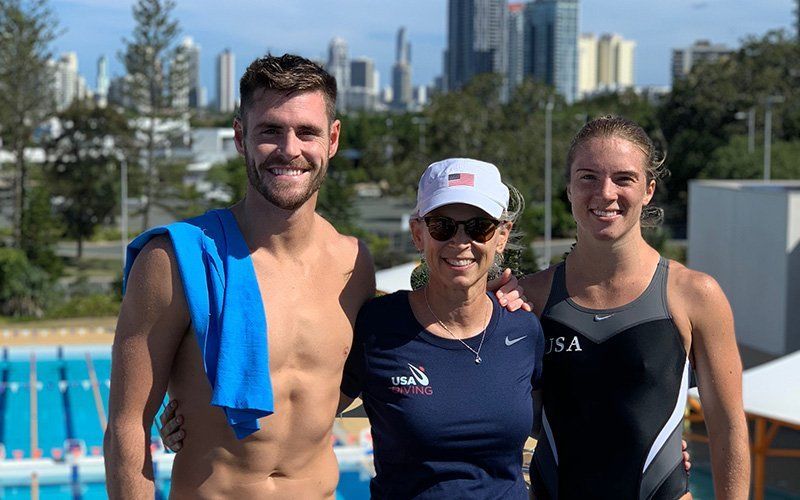 In his first competition since competing in the 2016 Summer Olympic Games Rio de Janeiro, David Boudia clinched a spot in the men’s 3-meter finals after finishing first in his semifinal group. Current photo via USA Diving

Boudia will compete in Friday’s finals after a strong performance Wednesday. The tournament consists of two semifinals with six divers in each, with the top three divers from each group advancing to the finals. Semifinal groups were comprised by divers ranked by either 12-10-8-6-4-2 or 11-9-7-5-3-1 following the men’s preliminaries. Boudia, who had placed fourth in the men’s preliminaries, had a strong semifinal performance, which included a reverse 3 ½ tuck for 94.60 points in the fifth round. In his first competition since the 2016 Summer Olympic Games Rio de Janeiro, Boudia scored 474.85 points, leading Canada’s Victor Povzner, who had placed second, by 94.80 points. Russia’s Aleksandr Belevtsev finished third with 345.65 points.