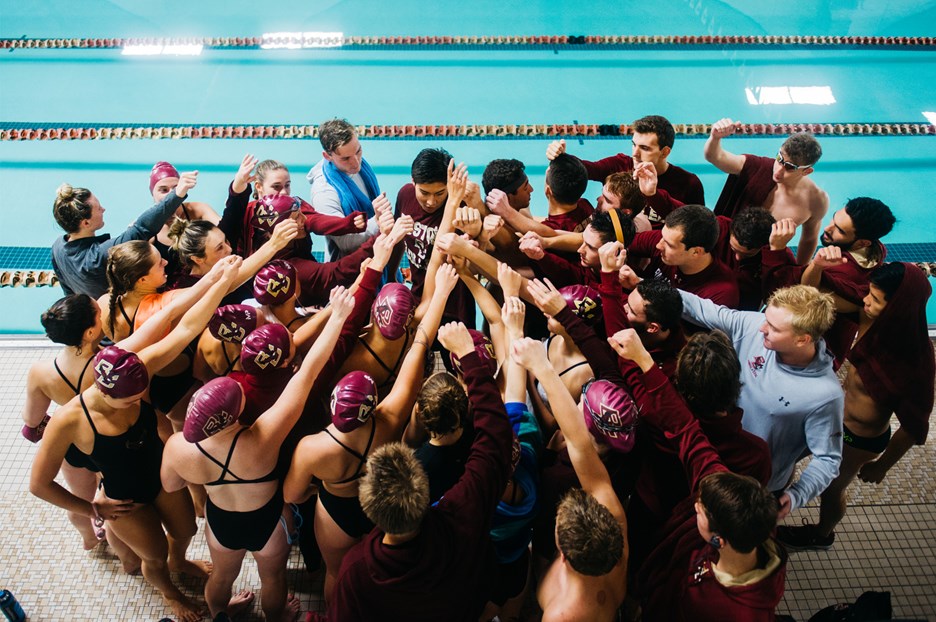 Boston College junior Haley Dolan clocked a 22.91 in the 50 free to qualify 23rd, putting her in line for the Eagles' first individual ACC points since 2015. Archive photo via Boston College Athletics

We tend to focus our attention on what’s happening at the top of the results, but it’s always fun to keep an eye on what’s going on further down the results, and today was a great example of why. Boston College junior Haley Dolan clocked a 22.91 in the 50 free prelims, doing just enough to qualify for tonight’s C-final with the 23rd-fastest time of the morning.

Why is that a big deal? Assuming she legally competes her swim tonight, Dolan will be the first Eagle woman to score individual swimming points at the ACC Championships since 2015, when Amanda Bieler finished 23rd in the 1650.

What’s more, she will be the first athlete in women’s swimming & diving history at Boston College to earn a second swim at the ACC Championships since 2007. That year, Caroline Byron finished 14th in the 100 free, before the conference expanded to scoring to 24 places.

Boston College Head Coach Michael Stephens had this to say about Dolan’s swim this morning:

Tonight our women’s program will have it’s first scoring finalist since 2007. As the only non-scholarship program in the conference, we are incredibly proud to have Haley Dolan represent Boston College in tonight’s 50 Free final. This milestone is particularly special in this year of adversity. Despite the many challenges of this season, our group has not lost momentum in our long-standing goal of elevating our program. Haley’s performance this morning represents not only her own perseverance, but signifies the commitment our team members have to growing something bigger than themselves. We can’t wait for tonight.

Dolan demonstrated at last year’s ACCs that she had the ability to score some points, splitting 22.2 on 22.3 relays, then setting a school record of 22.78 in time trials after going 23.07 in prelims of the 50 free. Had Dolan hit that time of 22.78 in prelims instead of during a time trial, should’ve made the C-final last year.

We’re still waiting for the diving results to officially roll in, but BC also announced that diver Livy Poulin finished 12th this morning in the woman’s 3m, the program’s highest finish ever, giving the Eagles a nice little 1-2 punch on the first full day of competition.

While the Eagle have struggled relative to their ACC opponents, they have continued to improve since Stephens, an alum, became only the second head coach in the program’s history midway through the 2016-2017, with most of the school records, especially on the women’s side, being set over the last four seasons.

The Boston College men have had slightly more success over the last few years in terms of ACC scoring, as several men have picked up individual points, although not always enough to get past the diving-only Miami men in the team standings. The Eagle men will be looking to build on the women’s early success next week at the ACC Men’s Championships.

Way to go! They are having a great season!