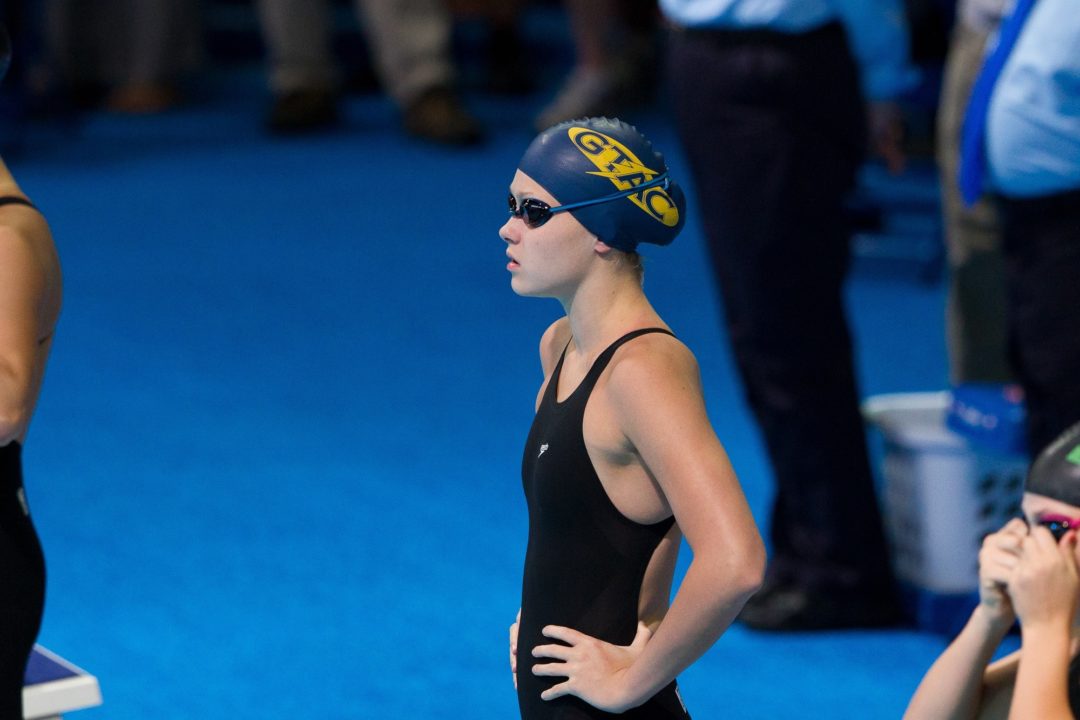 This week, we track down age group breakthroughs from national teamers including Olivia Smoliga, a national high school record-setter in 2012. Archive photo via Tim Binning/TheSwimPictures.com

One swimmer broke 50 in the 100 fly for the first time, while another dropped more than nine seconds in a short course 200-yard breaststroke.

A number of age groupers saw big butterfly time drops in the early goings this month. We profile a few of the big drops this week.

Olivia Smoliga (GTAC – IL), 18: Sprint star Olivia Smoliga had a breakthrough in November of 2012, when she was an 18-year-old high school senior. Coming off a big summer showing at U.S. Olympic Trials, Smoliga entered November with personal-bests of 22.6 in the 50-yard free, 48.9 in the 100-yard free and 52.4 in the 100-yard back. At Illinois’ high school state meet in November, she crushed times of 21.9 in the 50 free and 51.4 in the 100 back, setting national high school records. Then at the end of the month, Smoliga went 47.8 in the 100 free at Winter Nationals. Smoliga still ranks in the top-20 all-time in USA Swimming’s 17-18 age group history in all three of those events.