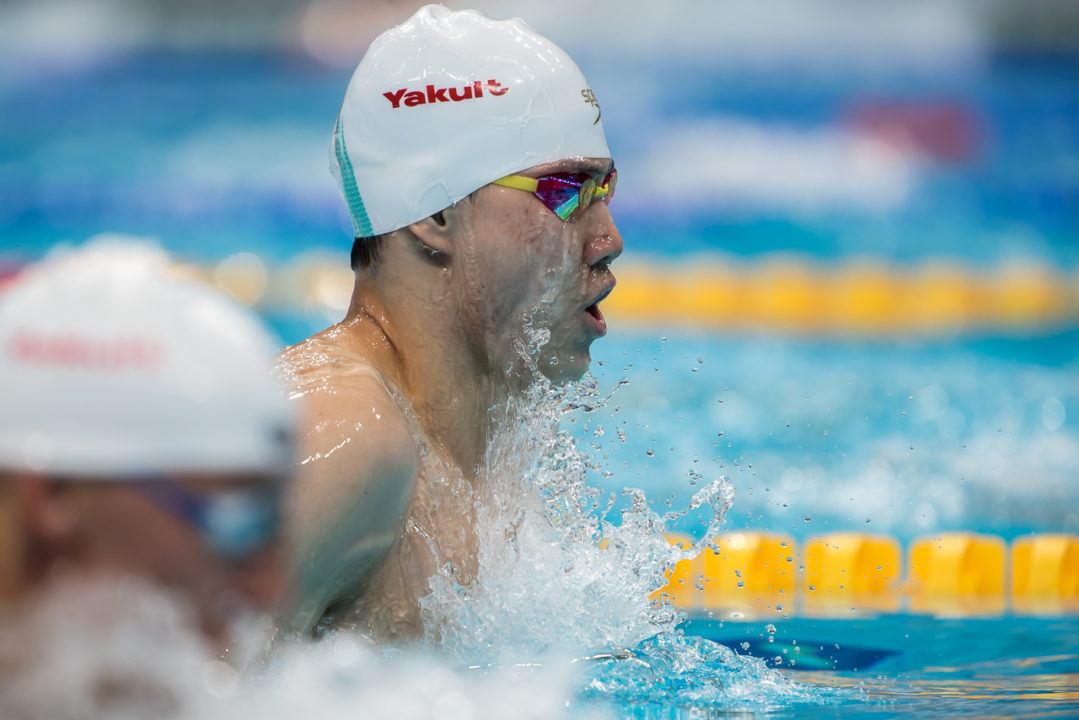 At China's National Games this week, Qin Haiyang broke his own world junior and Chinese national records in the 200 breast, dropping all the way down to a 2:07.35. Archive photo via Peter Sukenik/www.petersukenik.com

At China’s National Games this week, Qin Haiyang broke his own world junior and Chinese national records in the 200 breast, dropping all the way down to a 2:07.35.

That’s a huge time drop for Qin, who was 2:08.71 to set both records back in April, at China’s national championship meet.

Qin also moves to #9 all-time in the event, and just four tenths of a second out of second place. The top all-time performers list is tightly clustered around 2:07.0, and is also fairly dominated by Asian countries – 4 of the top 9 performers all-time come from the continent of Asia, though Qin is the first Chinese swimmer to crack the list.

Here’s a look at the top all-time swimmers in the event:

Qin’s time was .04 outside of the top 10 performances all-time. He now owns two junior world records, also carrying the 200 IM.

anyone know what goggles qin is wearing in the photo above, i guessed blade zeros at first but now i realize that it does not have the signature double traps on the side that most of the blade zeros have.