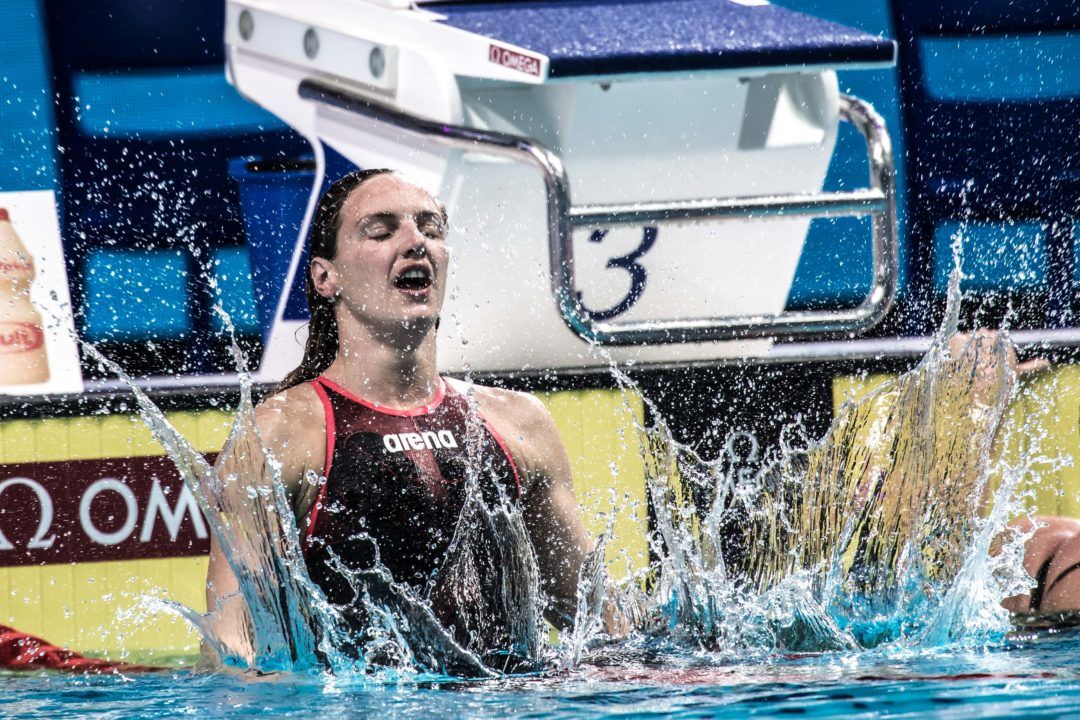 With a $50,000 cluster bonus on the line, Hong Kong's overall point title came down to one swim. Archive photo via Mike Lewis/Ola Vista Photography

With a $50,000 cluster bonus on the line, Hong Kong’s overall point title came down to one swim.

In one corner, there was Sarah Sjostrom. She’s the current series points leader. She won the $50K in the first cluster on the backs of several world records. In Hong Kong, she swept the sprint-to-mid-sprint freestyles (50, 100, 200) and the sprint butterfly races (50, 100).

And don’t count out Alia Atkinson. That’s right, this prize-fight has three corners. Atkinson swept the 50 and 100 breaststrokes in Hong Kong and is a regular contender for both world records and IM titles.

The three (who outside of our Swim of the Week event, the 100 IM, combined for 12 wins in Hong Kong. In fact, only four events escaped their combined grasp: the 200 fly, 200 breast, 400 free and 800 free) collided in the 100 IM, with the winner taking home bragging rights and the de facto lead in the World Cup’s second cluster.

And in the end, it was Hosszu who completed her sweep of the IMs, going 56.97 to win the race and put up the best single-event score in FINA points for the meet. That alone netted her 24 tour points to go along with 12 for the win. Had Sjostrom won the event (and consequently taken that top FINA point swim for herself), it would have been an 18-point swing in her favor. As it was, Hosszu outscored Sjostrom by 9 points for the meet to take the early series lead in Cluster #2. A shortened meet schedule means the $50,000 will be handed out this week after the Doha stop, making Hosszu’s 9-point lead all the more vital.