Blueseventy Swim of the Week: Drabot With The Dagger 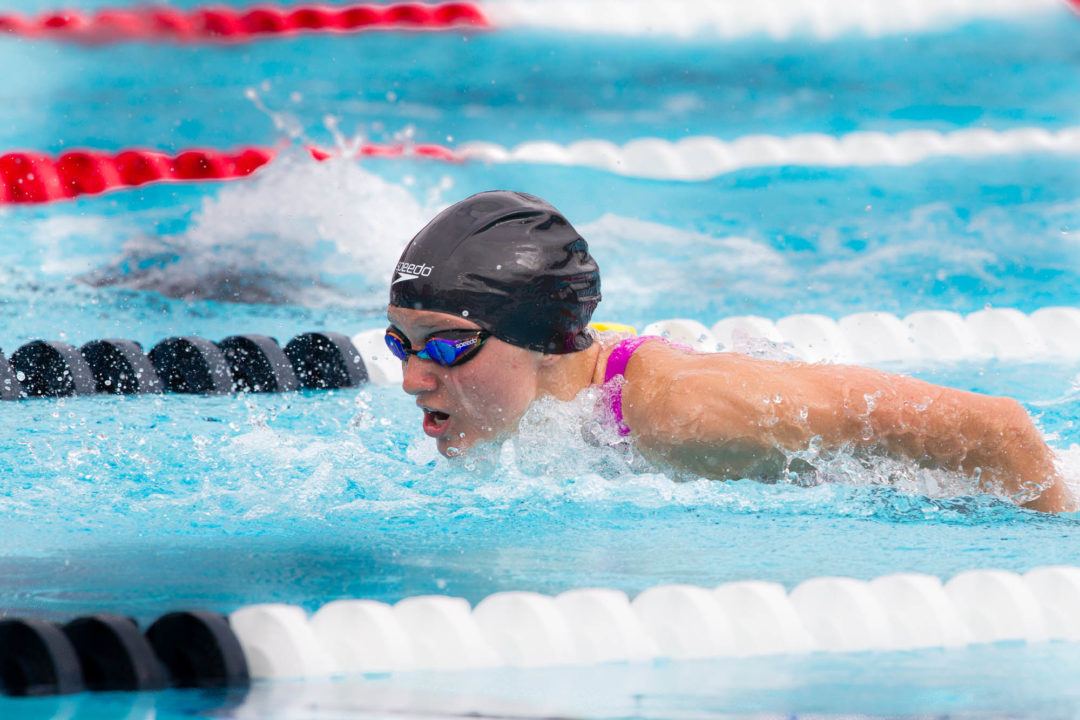 At the Art Adamson Invite this weekend, Drabot blasted the nation's fastest 200 fly time - and not only that, a time that would have earned second place at last year's NCAA Championships. Archive photo via Tim Binning/TheSwimPictures.com

There’s not a team in the nation (or in recent history) with as bright a future as the Stanford Cardinal. And while star sprinter Simone Manuel hasn’t yet competed this year, somehow things just keep getting brighter for the Card.

The latest swimmer to sizzle is sophomore Katie Drabot, who put up an off-event time so good it makes the 200 fly suddenly an on-event.

An NCAA qualifier last year in the 200 free, 500 free and 1650 free (and scorer in the 200), Drabot was already penciled in as a sophomore contributor. But at the Art Adamson Invite this weekend, Drabot blasted the nation’s fastest 200 fly time – and not only that, a time that would have earned second place at last year’s NCAA Championships.

Drabot went 1:51.74, going out in 54.0 and coming back in a blistering 57.7 over the final 100 yards. She beat her own teammate and defending NCAA champ Ella Eastin (1:52.03) head-to-head, and suddenly looks poised to demolish the 3 NCAA points she put up in her rookie season. An NCAA runner-up spot in that event would be worth 17, plus whatever she earns in her other two entries.

Is there any race video???

I feel like it’s been a long time I’ve been excited about a women’s 200 fly. The event is so open on every level right now. The world needs a star! Will it be Drabot??

How long has it been since USA women won a medal in that event at the olympics?

One of my favorite races all time. I thought she’d fade that last 50 like Misty normally did up to that point. But not this time. An amazing 2:05.8!!!!