Blueseventy Swim of the Week: Lochte Defying Age In 400 IM 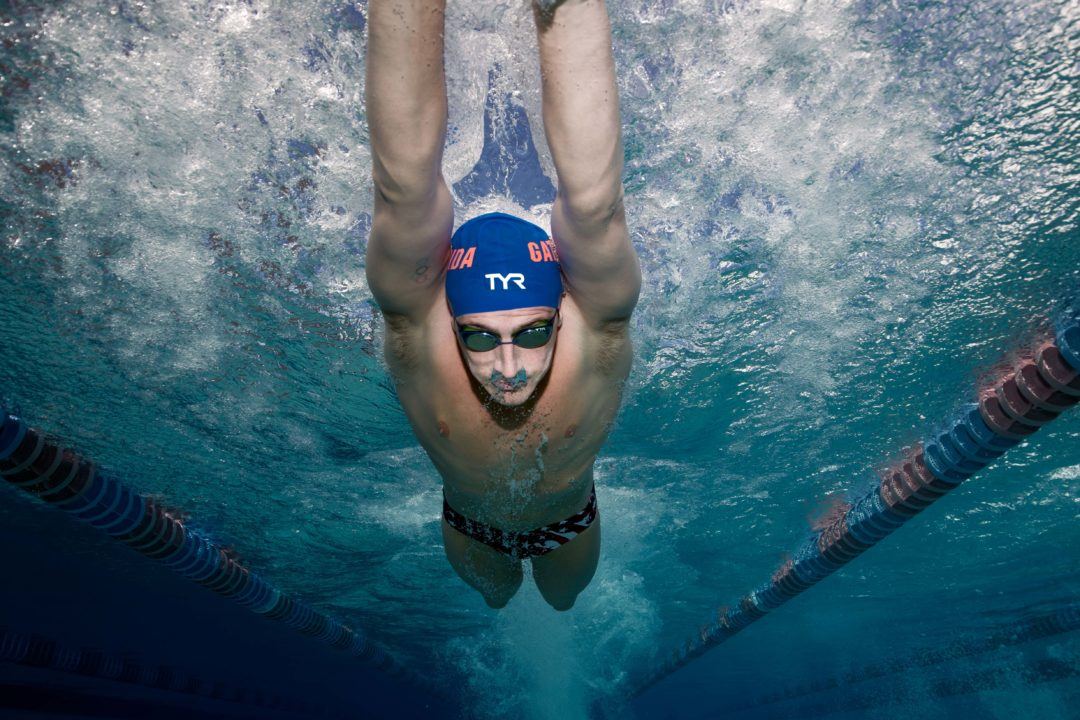 Last weekend, Ryan Lochte put up the #2 time in the nation at age 33, putting himself in-line to become the first 30+ man to rank inside the top 50 nationally in the event since 1999. Even the great Michael Phelps dropped the event at age 27. Archive photo via Mike Lewis/Ola Vista Photography

Coming off a 2016-2017 season that featured a lengthy suspension and very little in the way of racing, Ryan Lochte‘s status as a U.S. National Team contender was still very much an enigma heading into this summer. The 33-year-old Lochte is one of the most-decorated swimmers in world history, but he’s battling age, rust and a promising group of American youngsters in his attempts to once again represent the United States internationally.

Many considered Lochte confined to perhaps just the 200 IM individually, but he put up an eye-popping 400 IM last week at the Mel Zajac International meet that made clear Lochte is still a force to be reckoned with in multiple events.

Lochte went 4:15.80 in that race, pushing him to #2 for the season among all Americans. It’s just his third 400 IM swim since the 2016 Olympic Trials, when he was passed up for the final Olympic spot in the closing meters by youngster Jay Litherland. Lochte’s 4:15 at Mel Zajac is his best in-season swim since January of 2016, when he went 4:12.6 at age 31.

Lochte continues to defy traditional age barriers in the event. The great Michael Phelps notably gave up the 400 IM after his first retirement in 2012, and never swam a single 400 IM at any age older than 27.

Lochte should rank at least within the top 10 with his 4:15, even if he doesn’t go faster at U.S. Nationals. A top-2 finish there could keep Lochte on the top American travel squad in that event through August of 2019, when he’ll turn 35 years old. Lochte still says he’s shooting for an Olympic berth in 2020, and his in-season swimming is starting to back up that lofty goal.

As far as I know, a “hypermobile” joint is not necessarily a healthy joint.

Best come back so far this year – Keep it up Ryan , we love you to be back on full strength this summer .

Tom Shields and Clark Smith — both post-surgery — might argue.

Did shields have the piano surgically removed from his back?

Historically, marathon running WRs aren’t variable up to age 33 (it’s been looked at). LeBron plays 51 minutes in overtime games at 33 and is arguably having the best games of his life. Froome won the Tour de France at 33, and Contador won it at 35. Eskild Ebbesen won bronze in rowing at age 40, and was actually studied from ages 19-40. In that 2014 paper, the authors concluded “that until the age of 40 yr, a steady increase in the oxygen pulse may have compensated for the significant decline in the maximal heart frequency. Furthermore, the maintenance of aerobic and anaerobic exercise capacities allowed this Olympic athlete to compete at the highest level for almost two decades.” Swimming… Read more »

Bernard Lagat is another name that comes to mind…he was winning international medals in the mid distance track events until his mid 30s and qualified for the 2016 olympics at 41. He finished 4th in the 5000 in rio and was only a little over a second from first.

People will say that tour de France cyclists have nothing in common with a 4 minute race. But what most people don’t understand about cycling is that those races are won in 3-5 minutes. They are all training the same systems.

You could say that about the flat stages that are won by sprinters, but the overall tour is won by the best climbers and time trialers. Both of which require sustained effort for hours.